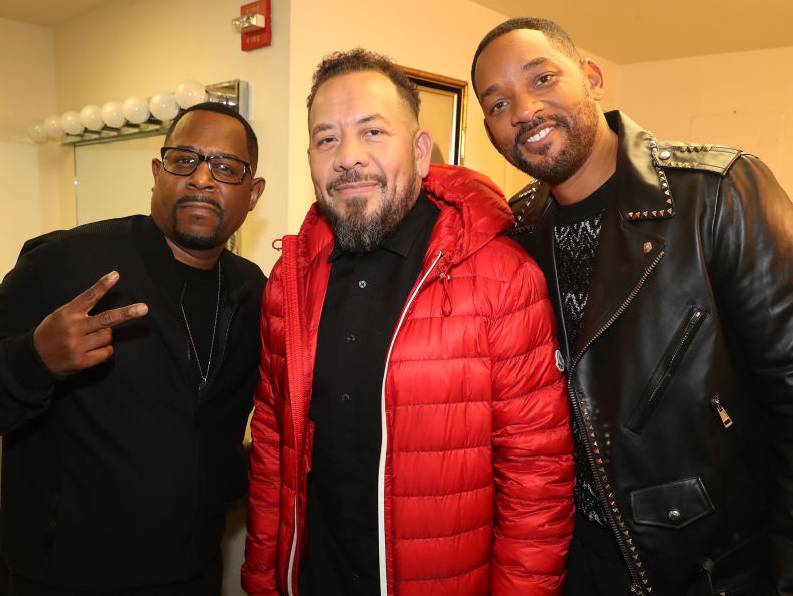 Hard as it may be to believe, we are 25 years removed from the premiere of Bad Boys, the film that reshaped the way we as Americans view the so-called “buddy cop” film that was previously only occupied by white men. Starring Martin Lawrence as Det. Sgt. Marcus Burnett and Will Smith as Det. Sgt. Mike Lowery, the original Bad Boys went on to gross more than $140 million worldwide (almost $240 million today, when adjusted for inflation) and spawned a sequel, Bad Boys 2, in 2003.

Eighteen years after we last saw Burnett and Lowery on the big screen, Martin Lawrence and Will Smith are back to reprise their roles one last time in the final installment of the Bad Boys trilogy called Bad Boys for Life. The film, which is scheduled to be released on January 17, 2020, also stars Vanessa Hudgens, Alexander Ludwig, and Charles Melton. Joe Pantoliano and Theresa Randle will also reprise their roles as Capt. Conrad Howard and Theresa Burnett, respectively.

Recently, Lawrence and Smith sat down with Tidal COO and legendary journalist Elliott Smith to promote the upcoming film and to reveal some things we never knew before. Here are our five biggest takeaways from their sit-down.

Will Smith was afraid of ruining the franchise

It’s been 25 years since Bad Boys debuted on the big screen, and 18 years since we last saw Burnett & Lowery. Rumored production issues aside, Smith said he was afraid that taking to the big screen for the third time would “taint the legacy” of the super-successful franchise.

“I just didn’t want to wreck the franchise. I felt like I had other sequels in my career [where I felt] like I didn’t land it. But with this one I just wanted to protect this franchise,” Smith said. “I wanted to make sure that the story was right, that it had something to say, that it was funny, and that it deserved to be made again. Not just, ‘People like sequels, so let’s just do a sequel.’”

At the time the original Bad Boys was in production, Martin Lawrence was at the height of his career thanks in no small part to the success of the now-classic Martin sitcom. As a result, it was Lawrence who was handed the OG Bad Boys script; Lawrence was then tasked with finding his presumptive co-star. It was Lawrence’s sister who suggested Will Smith as a potential partner; Lawrence said that when he first met Smith, he knew “within 5 minutes” that he’d met his match.

Even though both Lawrence and Smith stopped short of fully saying that a fourth installment in the Bad Boys franchise is possible, they both strongly intimated that it was “in the works.”