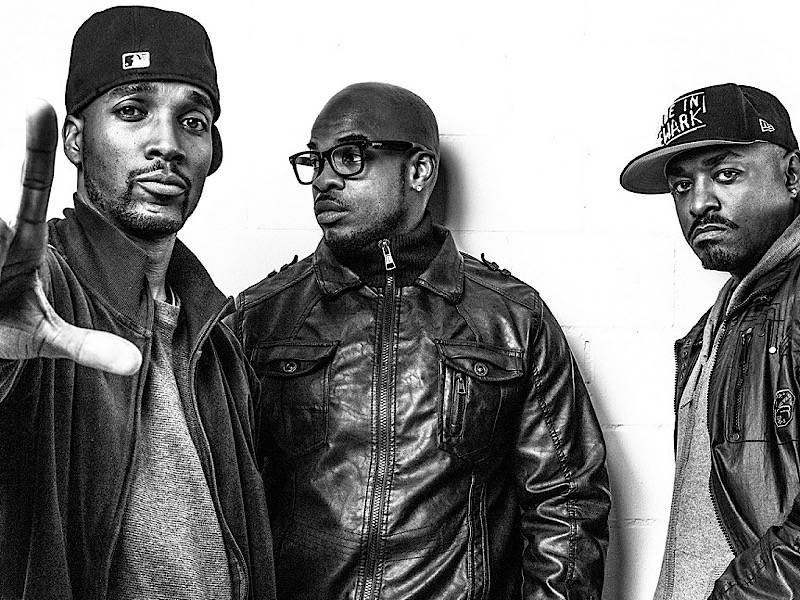 Lords Of The Underground

The platinum-selling trio of DoItAll, Mr. Funke and DJ Lord Jazz (collectively known as Lords Of The Underground) rose to prominence in the early 90s, with their first two albums spawning post-Golden Era essentials “Chief Rocka” and “Tic Toc” — among others.

Though their third and fourth releases, which dropped in 1999 and 2007 respectively, may have slipped under the mainstream radar, the group (now in their 27th year) has remained remarkably active.

After the release of their last group album, House Of Lords, the trio all worked on solo releases — Doitall’s 2010 American Du project (which includes the Pete Rock-produced “Surrender”) being the first. Lord Jazz’s 2012 The Plain Dealer was next, followed by Mr Funke’s Deus Ex Machina Pt 1, which dropped in 2017.

Still, it’s been 13 years since fans have gotten a collective body of work from the trio. That all changes in 2020 as they prepare to drop their fifth studio album So Legendary, which was announced earlier this year alongside the first single “Insomnia.”

According to Lord Jazz, the new album was simply a matter of time — and the group is back for the long haul.

“We love and are always recording,” Jazz tells HipHopDX. So Legendary is produced entirely by German production team The Snowgoons, who’ve developed a reputation in recent years for putting golden era heavyweights back on the map.

“Working with Snowgoons was a no brainer for me,” he notes. “These guys have dope beats and a great work ethic … I like that about them. The new project is definitely for both our fans and Snowgoons fans — we combined forces and knocked it out.”

Jazz explains that he first became aware of the Goons while living in Paris, France, from 2000 to 2012.

“I would see them while doing gigs in Germany and all around Europe,” he says. “I love their albums and what they have contributed to Hip Hop. Our European management (Latfro Agency) actually suggested that we do the album and made it happen.”

The project was recorded in Germany while the group was on tour.

“On our days off we would record,” he says. “Hip Hop is about what’s going on in your surroundings, so Du and Funke are actually painting a picture of what was happening while in Germany, listen to the verses.”

He adds, “It was a plus that we were all together vibing in the studio and not in three different places.”

With 2023 marking their 30-year milestone, Jazz says he hopes Lords Of The Underground’s legacy will be longevity, positivity and great music that never degraded women.

“It’s up to us to write our own history because if we don’t somebody else will — and it won’t be authentic,” he says. “We strongly believe in helping others like Harriet Tubman did … Doitall is heavy into politics and making a big impact not only in his City of Newark but worldwide. I’m starting a DJ course at the school of Arts in Florida and teaching students about music and the great influence it has in the world.”

As for what keeps Jazz creativity motivated after almost three decades is simple: his family.

“My kids and wife keep me motivated,” he explains. “I have to provide for them so I’m always motivated and doing what I have to do. Creatively, just waking up and seeing the sun and breathing fresh air is motivation for me.”

He adds with a laugh, “My daughter DJ Glo keeps me on my Ps and Qs with the latest music. She’s also a DJ, producer, actress and plays three different instruments … that’s motivation enough for me.”

The Lords Of The Underground’s long-awaited fifth album, So Legendary produced by The Snowgoons is coming soon. The group is also on tour in Europe this April. Jazz is also working on an EP with Jersey artist Tru Trilla.

Catch us on tour in Europe!! Promoters hit up @latfroagency if u wanna see lords in your city. Fans get your tickets at @latfroagency salute !!!! @lordjazzlotug @doitalldu @therealmrfunke @lordsoftheundergroundfanpage stay tuned for the Friday Night Mixshow #89 tonight from 6-7 pm www.periscope.tv/djlordjazzlotug