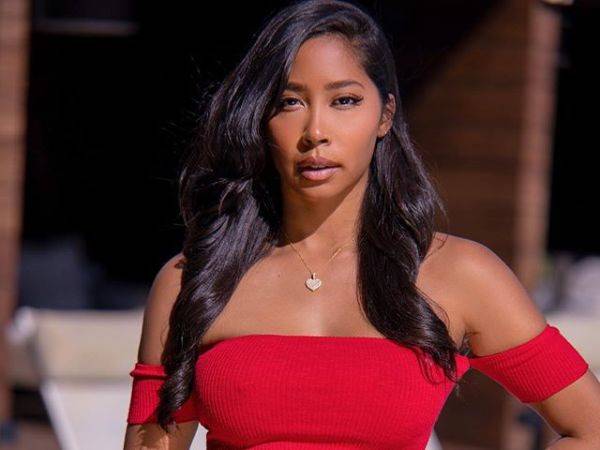 Apryl Jones apparently has some regrets.

In a recent interview with Tiffany Pollard on Brunch With Tiffany, Omarion’s baby mother and ex-fiancée – who recently split up with B2K bandmember Lil Fizz – admitted there were several celebrities she should’ve slept with, including The Game, A$AP Rocky and Shaquille O’Neal.

Addressing an Instagram Live rant from last year, during which fans thought she was confessing to sleeping with various Hip Hop and NBA personalities, the Love & Hip Hop personality started off by claiming she was trolling.

“I’m on my live like normal, talking to my fans,” she began. “And then people are under there saying, ‘You fucked The Game’ or, ‘You fucked Lil Fizz. At this point, you’re right – I fucked every single one of them. Because that’s what y’all wanna hear.

“Not that I have. I mean, I should have. I should’ve fucked The Game when I had the opportunity. I didn’t… And y’know A$AP, they said A$AP in there … Shaquille O’Neal.”

The original live video Jones alluded to in the interview surfaced last July. During the rant, she also attacked her fans for pinning all her success on her sexual relationships, mockingly saying, “You couldn’t even get a celebrity. (…) I’m a celebrity because I fuck celebrity.”