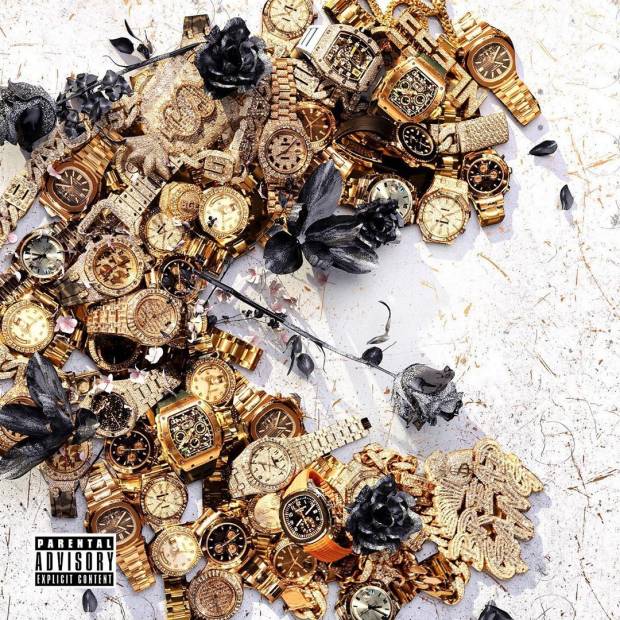 Memphis rapper Moneybagg Yo is already off to a running start to the new decade; having announced earlier in January that he was joining his mentor Yo Gotti at JAY-Z’s Roc Nation imprint, he released Time Served the follow-up to 2019s 43va Heartless — his highest-charting album to date.

The 15-song effort, which includes the already released collaboration with his ex-girlfriend Megan Thee Stallion “All Dat,” is (if nothing else) a testament to the formula that Memphis native has seemingly perfected.

Every album he drops generally starts off with a bang, and off the rip, he goes off on the chorus-less “Speak 4 Em.” From there, he keeps the energy pretty consistent — though production-wise, almost too consistent.

Amid the high-powered features from the likes of Lil Baby (on the album’s second single “U Played”), DaBaby, Future and more, he manages to resist being overpowered, in many cases displaying well-curated synergy. This is most exemplified on “1,2,3” featuring long-time friend and collaborator Blac Youngsta, with whom he fluidly goes back and forth over an XO-produced bass cannon.

Though the project does lack any sort of cohesive narrative, there is an ongoing thread of Bagg opening up small windows into his past and consistent reaffirmation that behind the success, he’s the same Demario White — the voice for his people no longer here to share their stories.

Nowhere is his story more on display than the poignant “Thug Cry,” where he gets the most in his feelings, wading through the memories of the road to his current blessings.

Full commitment to this level of realness isn’t consistent and though his attempts at pseudo-love songs like ”Match My Fly” and “Real Luv” with Summer Walker kill the momentum, his ability to craft big records is intact. The majority of the album comes across as more of a random sampling of songs, but nobody really shows up to a Moneybagg Yo album looking for anything less than his particular brand of bangers; from this perspective, he delivers — to the highest degree to date.

The enigma of Moneybagg Yo is that while his cadence and flow are inherently quite distinctive, his music is at times painfully void of creativity. That being said, for his Roc Nation debut, Bagg has managed to craft yet another album that doesn’t necessarily break any sort of mold, yet exudes enough catchiness and packs enough playlist burners to keep his name ringing.