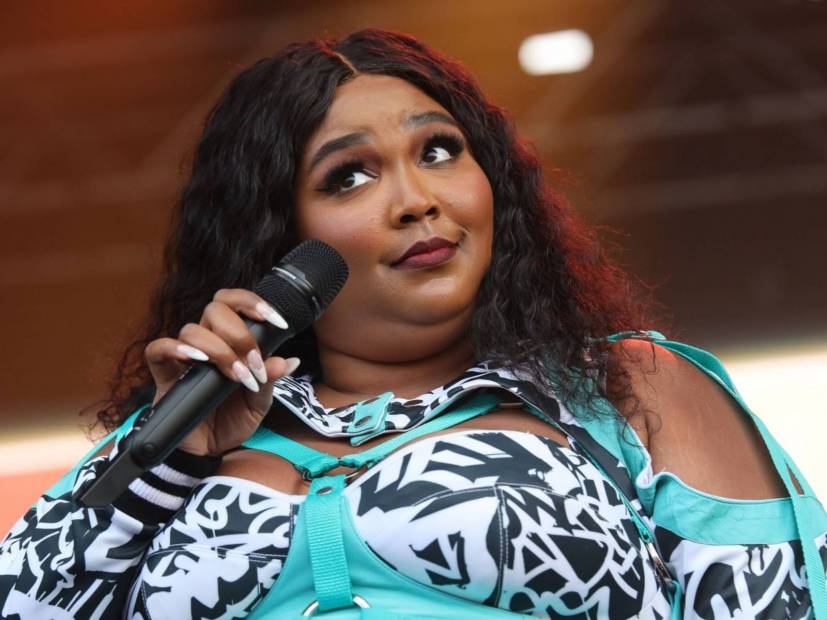 Lizzo continues to rack up those career milestones. Just ahead of the 62nd Annual Grammy Awards — where’s she nominated in eight major categories — the pop powerhouse has unveiled her first Rolling Stone cover.

The cover shot features Lizzo surrounded by two half-naked men kneeling at her feet holding bouquets of lilies as they look up at her adoringly. Lizzo is draped in a flowery body suit and a green shall thrown over her head.

“Behold, a big grrrl in her natural habitat,” she wrote on Instagram. “@Rollingstone cover by @david_lachapelle.”

During the Rolling Stone interview, Lizzo marvels at where she is in her career today. Her No. 1 Billboard single “Truth Hurts” didn’t actually explode until years after it was initially released — but she always knew she had something special.

“When we were making it we knew it was ahead of its time,” she says. “Now we have the proof that these songs are timeless. They will connect when they need to connect.”

In terms of the seemingly constant barrage of fat shamers who visit her social media pages daily, Lizzo is unfazed and reveals she made peace with her body a long time ago.

“I’ve come to terms with body dysmorphia and evolved,” she says. “The body-positive movement is doing the same thing. We’re growing together, and it’s growing pains, but I’m just glad that I’m attached to something so organic and alive.”

But Lizzo says she doesn’t want that to be the sole focus of her career.

“I’m so much more than that,” she explains. “Because I actually present that, I have a whole career. It’s not a trend.”

The Grammy Awards take place on Sunday (January 26) at the Staples Center in Los Angeles. Until then, check out more of the photos from Lizzo’s Rolling Stone shoot below.

“As a black woman, I make music for people, from an experience that is from a black woman… I’m making music that hopefully makes other people feel good and helps me discover self-love. That message I want to go directly to black women, big black women, black trans women. Period.” – Lizzo for @rollingstone by @david_lachapelle . . . @brettalannelson @marko_monroe @iwantalexx @theshelbyswain @erierinailz