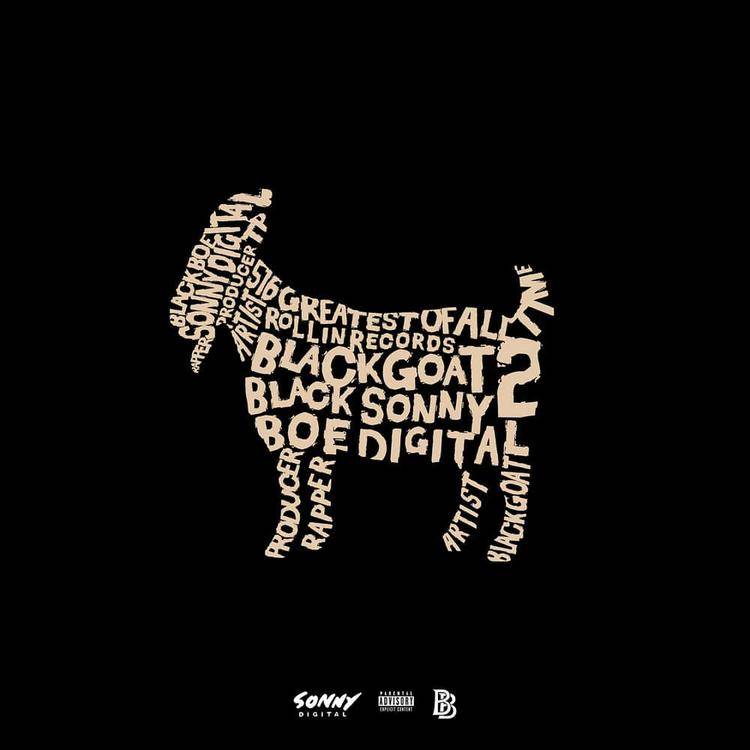 Sonny Digital first established himself by producing hits like ILOVEMAKONNEN’s “Tuesday” and “Birthday Song” by 2 Chainz, but lately he’s been taking the vocal reigns to prove that he’s capable of writing and performing songs on his own. Black Goat 2, a follow-up EP to 2017’s Black Goat, serves as a showcase of Digital’s songwriting ideas alongside partner Black Boe, formerly know as Quez, of Georgia trio Travis Porter.

As Sonny Digital continues to experiment with rapping – and over his own beats, at that – he’s made a spectacle out of his work for all to hear. Unfortunately, both Sonny and Black Boe don’t seem to be doing much out of the ordinary for this breezy 20-minute EP to matter much to Sonny’s impressive production catalog, nor does it give Black Boe a unique offering that sets him apart from contemporaries.

Black Goat 2 does carry a few catchy tracks, though. “Work,” the project’s first single, shows that Sonny Digital at least still has a tasteful ear for production. Through a bouncy trap beat that samples pop singer Clairo’s “Pretty Girl,” producer Nebu Kiniza lays the foundation for Digital to brag about his diligent work ethic and the racks he gets by the work he puts in. It’s a fun song supported by a playful sample, though heavily simplistic in its rhyme schemes and bars.

“Life To the Edge” also delivers, thanks to its menacing trap-beat. Here, both Digital and Black Boe flow effortlessly over a speedy pace, delivering a sort of charm that seems to have possessed them on such a controlling instrumental. It’s hard not to smirk when Black Boe raps with such brevity: “Hop in the Porsche and we out, inside look just like a house.”

But although Black Boe and Sonny Digital bring a playful, carefree energy to their second offering of Black Goat, they never feel like much of a presence. On “Way Up,” the two brag about the Backwoods they smoke while dropping empty bars that never hit (“Good weed turn a nigga into Einstein/Hella high had to kill that pussy nine times.”). Songs like “Squat” and “Up” feel bland and uninteresting, sporting hooks that are genuinely forgettable.

The most sonically out of place song is the cut “Psychedelic Earthquake,” which is an attempt for Sonny Digital to slow things down and make a groovy disco single. It stands out not because of its funky instrumental, but because of the outrageously flat wailing by Sonny Digital repeating the words “I wanna dance with you baby.” The song’s tone and overly dramatic guitar solo sounds more disingenuous than triumphant. “Wassup,” which features Skooly of Rich Kidz, and re-imagines the original 2009 Rich Kidz single of the same name is infectious with its hook and fast flow, but again, ultimately fails to bring anything of substance to the EP.

Black Goat 2 hears more like two friends recording music for the sake of creating content more than a fully-focused project that demands Hip-Hop’s attention. Of course, this could be intentional – Black Goat 2, the actual album, is scheduled to drop on July 22, 2020. But if this EP is an indicator of Boe and Digital’s duo career, their next album may be a safe skip.