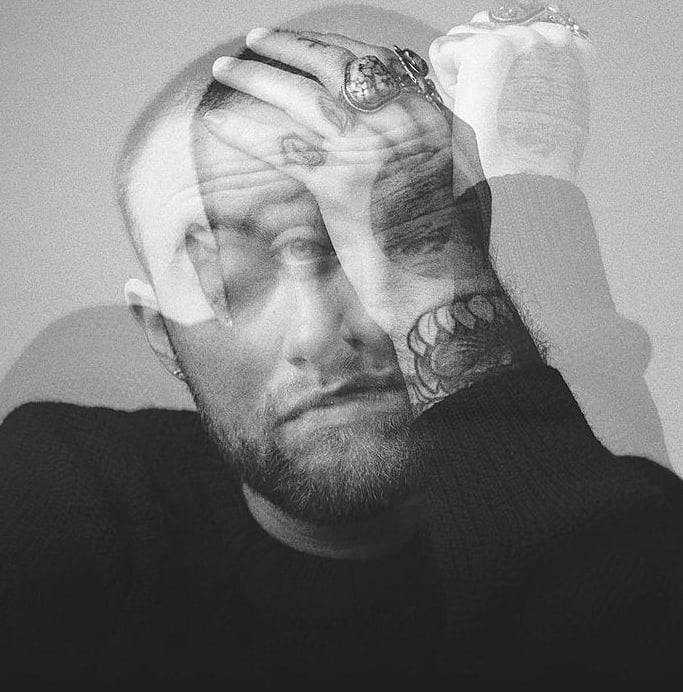 The news of Mac Miller’s fatal accidental overdose sent shockwaves through the Hip Hop community in September 2018. The 26-year-old artist had just released Swimming, one of his most rounded and critically acclaimed albums to date, and it was rumored that he was in the midst of completing a companion album that would be called Circles.

Thanks to superproducer Jon Brion, who helped produce Frank Ocean’s Blonde and has scores of high-profile production credits under his belt, Circles was completed and was released two days before what would have been Miller’s 28th birthday.

It’s difficult to listen to Circles, the first posthumous album from Miller, without thinking about the context of the rapper’s untimely death. The opening song and title track sets the tone for the rest of the listen — this isn’t a rap album.

A soft, Velvet Underground-inspired guitar riff slowly plays behind tender vocals from Miller It’s a grandiose sound, but it’s subtle and understated and pairs seamlessly with Mac’s intimate lyrics. The song is a somber song, but not a sad one, and that’s a key distinction Mac attempts to highlight throughout Circles.

Miller’s career has largely been unpredictable. From K.I.D.S.’ frat-rap anthems to the psychedelic introspection of Faces and Macadelic, Miller was committed to experimentation both within the genre of rap and outside of it.

He released jazz albums under the moniker Larry Fisherman and remixed some of his own discography into live renditions performed with a backing band on Live From Space. But over the course of his previous two releases, The Divine Feminine and Swimming, Miller showed his affinity for R&B and soul-adjacent sounds and solidified his trajectory towards a more lyrically nuanced and musically diverse sound.

Circles may be a culmination of the sounds Miller had been working towards, but it’s also his most intimate and vulnerable project, filled with a collection of sounds that range from synth-heavy bedroom pop like the track “Woods” to the Plastic Ono Band-inspired “Everybody.”

Miller glides across the beats, switching his cadence and pitch like a seasoned singer. The only feature on Circles is a stunning hook by singer Baro, a welcome surprise in the middle of “Hand Me Downs.” The lack of guests on Circles shows the confidence Mac had developed as a singer. Over the course of the album, he tackles hooks and choruses that he previously would have left to a guest artist.

The album is a lesson in acceptance. On previous projects, Miller has addressed his mental health, struggles with addiction, and heartbreak, but he never seemed to find solace. Any peace and joy that Miller found on past albums came from escapism or ambivalence, but on Circles he faces his problems head-on, and instead of feeling obligated to battle his demons, he accepts them for what they are. “One of these days we’ll all get by,” he raps on “Blue World,” the most traditional of his rap songs. He finishes this thought on the breakout-single “Good News,” when he sings: “Maybe I’ll lay down for a little, instead of always trying to figure everything out.”

Miller’s mind never stops spinning—in part it’s the reason he’s found so much success; he’s expansively creative and never rests. But his running mind can also be the source of his downfall: “Inside my head it’s getting pretty cluttered / I try, but can’t clean up this mess I made,” he sings over lush instrumentals on “Complicated.”

The closing track, “Once A Day,” was initially shown at Miller’s Celebration of Life concert, and it still stands as one of the most moving and powerful songs that Miller has ever written. Given the context of his passing, the song can be heard as a goodbye and a departure from music, but in reality, it’s a self-portrait of the artist: a snapshot of him paused in a moment of time. It’s a comforting and blissful thought — to imagine Miller laying down instrumentals and vocals on any given sunny Los Angeles day.

But Miller’s acceptance of his circumstances should not be mistaken for apathy. Instead, he finds beauty and peace in allowing himself to experience his own emotions. It’s an honest, matter-of-fact account of the grey areas of his life and mind. On Circles, Mac shows the unexpected joy that can be found in the darkest of times.