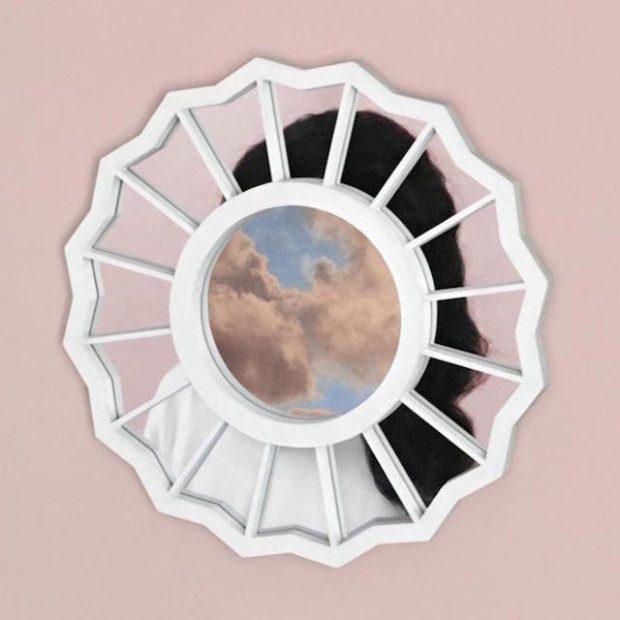 For a rapper so bogged down by clichés early in his career, Mac Miller has done an impressively great job at subverting expectations musically. The bubbly youthfulness of K.I.D.S. morphed into the introspective brooding of Watching Movies with the Sound Off and soon the drug-addled face of the new school (whose popularity once comfortably reached the heights of fellow classmate Kendrick Lamar) retreated into himself. He found new interests: he began producing deceptively clever beats under the moniker Larry Fisherman; he rapped campfire ghost stories as his pitch-shifted alter ego, Delusional Thomas; and, most relevant to his new release, he released the jazz-infused You EP as Larry Lovestein & The Velvet Revival. Now, shedding the pseudonyms but donning a newly sober, lovestruck persona, the 24-year-old beau of pop star Ariana Grande is back as The Love Guru to learn us all about The Divine Feminine.

This begs the question: did anyone actually ask for Mac Miller’s definition of “the divine feminine?” The answer is a resounding “no” — but that’s not a slight. No one particularly asked for the Pittsburgh rapper’s senior skip day anthems back in 2010, his series of acid trips in 2013, or the off-Broadway production that was last year’s GO:OD AM either, yet they all proved the rapper to be a consistently creative force. He’s developed into an inspired producer and has found new ways to utilize his perpetually congested voice, further developing his pronounced drawl and sleepy croon. He’s taken risks with his sound and through his ceaseless experimentation, he’s now returned with his most concise and focused offering to date. However, since no one was waiting on Mac’s revelations on the divinity of females, it was on the rapper to build his case through novel perspectives and unfounded insight.

It’s too bad Mac’s writing has remained uniformly contrived over the years (despite flashes of brilliance on past projects such as Faces). He still relies too heavily on common tropes and struggles to get outside of himself. He may not be trying to divine the secrets of the female form, but he also doesn’t do much more than appreciate it’s existence from a comfortable distance. From the bashful innocence of the intro to the melancholic irony of the closing monologue, Mac Miller’s The Divine Feminine is a dissertation on lust as it pertains to love, but the lust isn’t visceral and the love keeps skirting around corners, appearing sparsely in the form of one-sided confessionals on the first track or a duet with Ariana herself on “My Favorite Part.” But even then, the “love” shown on these tracks is really just Mac’s idealized fixation on beauty. For all its merits (and it does have plenty), The Divine Feminine fails to highlight any sort of maturity on Mac Miller’s behalf. He’s learned to better juggle his multiple roles as rapper/singer-cum-producer, but the moments that rely on his storytelling almost collapse under the inherent pressure.

This album works when Mac takes a backseat to his layered production. When he lets the beautifully lush compositions breathe, his stale narrative becomes inconsequential. The busy backdrops pull influences from the more modern Donnie Trumpet brand of jazzy blues and see Mac playing with twinkling keys, sweeping orchestras (fitted with strings played by students from Juilliard), and soaring choirs. The psychedelic elements of his past work are present as well as beats subtly shift and unspool in unexpected directions. Trumpets bounce around on “Stay,” giving it a lively funk, while “Skin” immediately shifts the momentum inward, making it more intimate. Mac’s newfound tendency to play with song structures (see: GO:OD AM’s “Perfect Circle/God Speed”) is fully realized. The arrangements feel organic yet engaging, even if some, such as the other otherwise strong centerpiece “Cinderella,” featuring a surprisingly endearing turn from Ty Dolla $ign, are hindered by pacing issues.

The features are used with more precision than any of Mac’s own verses. Kendrick, despite his historically competitive nature, provides memorable backing vocals to the fantastic closer “God Is Fair, Sexy Nasty,” while CeeLo Green pops up to elevate the already ethereal production of “We” into a notable highlight. The sequencing favors the reserved focus of this back half, with the nostalgia of “Planet God Damn” playing off the idealized dreams of “Cinderella” and the follow-up, “Soulmate,” succeeding due to the same introspective restraint.

To be clear, this album isn’t just about sex — but that’s definitely where it unapologetically starts and finishes. Mac’s vision culminates in a monologue of a satisfied widow recounting her life as a diligent housewife, and that seems to be his American Dream. But rather than examine that dated concept for its flaws and possible merits, Mac appears to take it at face value.The listenability is at an all-time high, but the writing itself is still lackluster. Dorothy isn’t in Kansas anymore, and Cinderella is running out of time; these cliches are integral to keeping his fairytale afloat. At his best, Mac is sincere: “we been through adolescence and changing direction/yeah, I paid attention to it/it’s never been easy now it’s getting ruthless/a little more pain that’s just better music.” An engagement ring burns a hole in his pockets while his girl chastises him for his blinding sex drive; Mac wants the comfort of someone who’s known him since the start without the selflessness of commitment. But at his worst, he’s straining to juggle the overwhelming production value and his comparatively two-dimensional narrative.