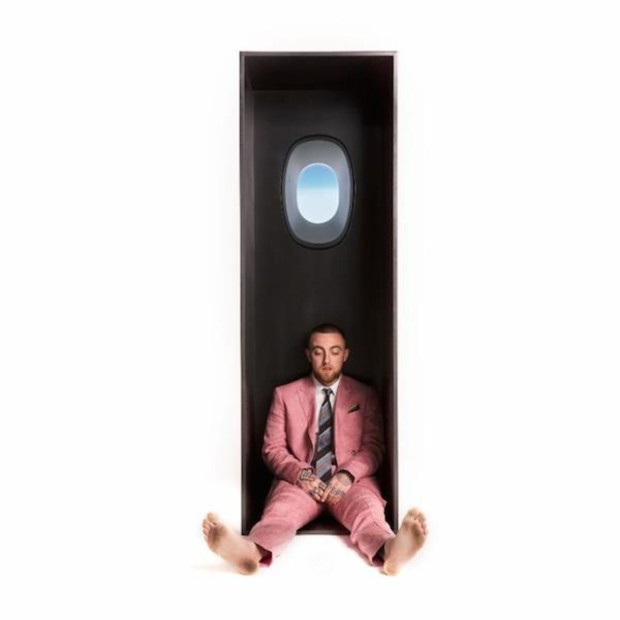 It’s no secret that Mac Miller has been going through a tumultuous year. He’s endured a very public break-up with Ariana Grande and then got arrested for a DUI in May. On Swimming, his follow up to his overlooked The Divine Feminine, Miller tackles these issues head-on. Though the subject matter is enticing, Swimming does occasionally tread boring lulls. At its best, however, Miller’s latest project succeeds at being cathartic and is more lyrically mature than his previous work.

The somber album opens up with “Come Back To Earth” — a lush track that introduces the overarching theme. Over dreamy guitar-strums, Miller sings. “I was drowning but now I am Swimming.” His voice is raspy and lacks range. But these musical constraints are perfect for conveying his struggles. On the following song, “Hurt Feelings,” Miller comes off as defiant as he acknowledges his recent woes. Produced by J. Cole, the track is rich with soulful textures and vocal layering.

Some of the best work on Swimming is when guests come in to help Miller flesh out his ideas. The standout track — “What’s The Use?” — has Uncle Snoop Dogg and electro-funk musician Thundercat breathing charisma and groove over a funky bass-line. Another collaborative highlight is “Self-Care,” a trippy, spaced out song featuring Dreamville signee J.I.D. and alternative R&B artist Dev Hynes. Almost capping out at six minutes, the listener is taken through a woozy downward spiral that descends into Miller singing about “oblivion.”

Unfortunately, a good chunk of Swimming is dull and repetitive. “Wings” aims for optimism but ends up being a sleepy misfire. Similarly, “Ladders” suffers from a weak chorus. Miller is content with taking over singing and rapping duties. But a song like “Ladders” shows that he could have benefited from a guest bringing livelier vocals to compliment the cheerful production. On one of the project’s closing songs, “2009,” Miller reflects on his success as bittersweet. Despite hitting on some interesting ideas about his life since becoming famous, the track gets muddled.

The album’s snoozy second-half does have one highlight — “Dunno.” Assisted by Parson Brown’s gloomy but catchy instrumentals, Miller is at his most candid, feeling nostalgic and bitter about his failed relationship. He raps, “You was coughin’ when you hit my weed, But I’ve never seen you feel that free,” trying to spin his well-detailed substance abuse into an endearing, romantic moment.

Nearly one hour long, there’s plenty of filler on Swimming. But there’s something admirable about Miller, in the middle of this very public storm, refusing to hide. He’s giving listeners a window into the chaos that is growth and reflection — it’s messy and unapologetic.