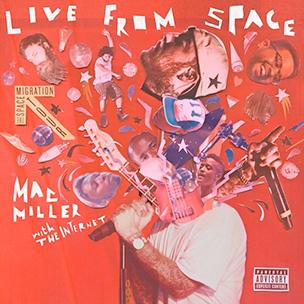 Of all the headlines in Rap this year, Mac Miller’s reemergence has to rank up there. Following the release of his 2011 debut album Blue Slide Park—and the blistering 1.0 rating he got from Pitchfork—some listeners dismissed Miller as an Eminem wannabe sans the lyrical dexterity. As they saw it, he was a flash-in-the-pan whose lily-white rhymes weren’t that original. Though the album succeeded commercially, the harsh criticism of it forced Miller into an addiction to promethazine, a habit he reportedly didn’t break until fall 2012.

So when Miller dropped his sophomore album, Watching Movies with the Sound Off in June, no one could blame you for ignoring it. It’s not like he gave you many reasons to stick around. But Watching Movies was good. Like, “Holy shit, I can’t believe this is good” good. From it, you could tell that Miller harnessed all that negativity into a cathartic stream of emotion. He didn’t reach so hard for superstardom; instead, Miller slowed down and tapped into his pain. Watching Movies… wasn’t as lively as Blue Slide Park, but it was far more natural.

Maybe that’s why Miller asks permission to perform 2011’s “Best Day Ever” on his new live album, Live from Space, recorded during “The Space Migration Tour” this past summer. The set features nine choice selections from his days on the road with The Internet and five entirely new studio songs. “I know we usually do new shit,” Miller tells The Internet band member Taylor Walker. “But I feel like I’ve got some fans in here that would appreciate if we could just do some old shit real quick.” From there, Miller and the band give the song new life, transforming the syrupy track into a soulful stomp. A grizzly tune like “Watching Movies” is even more aggressive with The Internet’s fluid orchestration.

As a result, Live from Space is a coming-out party for the band and a moral victory for Miller. While he does a good job connecting with the fans in Salt Lake City, St. Louis and elsewhere, these songs wouldn’t have the same umph without the improvised hijinks we hear from the rapper and his cast of characters. There’s the random rendition of D’Angelo’s “Untitled (How Does It Feel)” that Miller swears they didn’t practice, and the electro-funk jam that concludes “The Question.” It seems the crew has fun in practice and on stage, and that synergy is evident throughout the live portion of this LP. But Miller is ultimately the album’s biggest hindrance. New tracks like “Earth” continue Mac’s 2013 momentum, but there are only so many times you can listen to Miller drone through live, off-key versions of “Youforia” and “REMember” without wanting something brighter.

Ultimately, this album faces the same shortcoming as most live recordings: that you can’t truly appreciate the music until you’ve seen it performed. There’s no way to see the fans’ faces or feel their adulation when their favorite songs drop. You can’t feel the stadium rattle or watch the band actively simulate Miller’s catalog. Live from Space isn’t that visual, so the live tracks quickly lose steam after a few listens. It shouldn’t dissipate Miller’s momentum this year. If anything, it puts a nice ribbon atop the rapper’s valiant comeback.