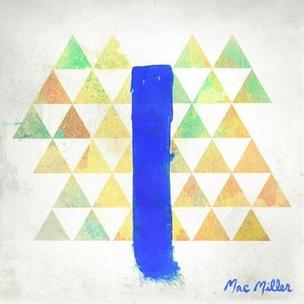 Mac Miller’s rise to notoriety has been impressive. Even though Blue Slide Park is going down as his debut album, Miller’s already one of the culture’s most anticipated up and coming emcees. Spring boarding off mixtape success, Miller has catapulted to a world where fame, criticism and praise are all at his doorstep. In dropping this album, many are questioning if he can withstand the pressure bestowed upon him or if he will cave. Interestingly enough, Blue Slide Park doesn’t do anything to damage Mac’s current status in the game, but it also doesn’t do much to raise it.

As an emcee, Mac Miller comes off as an ambitious upstart who does a good job with tools at his disposal. His flow often stands out, as exemplified on “Man in the Hat.” Matching this infectious flow with calculated multisyllabic patterns and a charismatic confidence, he is able to showcase a strong presence behind the microphone, as heard on the title track (“Who you know that’s iller than Mac Miller and company? It’s like a planted money seeds right underneath the fuckin’ tree”). On the other hand, it can sometimes feel as though he isn’t equipped with all the proper tools to finish the job. This is heard when Miller uses cringe worthy lines like, “We just trying to go bananas like it’s Donkey Kong.” When he is focused (“Missed Calls”), Mac is able to channel his talents with success but his subject matter is often scattered and nonspecific, as exemplified with the dull sounds of “Loitering” and “My Team.”

Mac also has a knack to cook up infectious hooks like “Under the Weather” and “Up All Night” but sometimes this can take a downturn. For instance, the chorus for “Frick Park Market”

is eerily familiar to his recent hit “Donald Trump”

and the hooks for the aforementioned “Loitering” and “My Team” are uninspired and repetitive. All of this reveals that while Miller has shown that he’s a capable emcee, he is still incapable of holding down a full album lyrically.

Musically, Miller enlisted I.D. Labs, Ritz Reynolds and Clams Casino, among others, to produce this disc. I.D. Labs took on production for most of the album, producing the old school flavor of “Party on 5th Ave”

with sample nods to DJ Mark the 45 King’s “The 900 Number” and DJ Kool’s “Let Me Clear My Throat.” I.D Labs also pieced “Of the Soul’s” smooth, mellow vibe together before creating the up-tempo Rock-inspired sound for “Up All Night.” I.D. Labs go on to show more versatility with “Under the Weather,” complimenting Mac’s fun loving spirit, flow and chorus.

Great young artists seek an album that will help them break into the elite table. Unfortunately, this album will not do this for Mac Miller. This is not to say he won’t make it in the near future In fact, Blue Slide Park only further proves that Miller has great potential. However, it does not show enough lyrical maturity or artistic development to elevate his position in the game. As noted, Mac Miller’s rise has been impressive and now he’s got the difficult task of proving he can still grow from here.