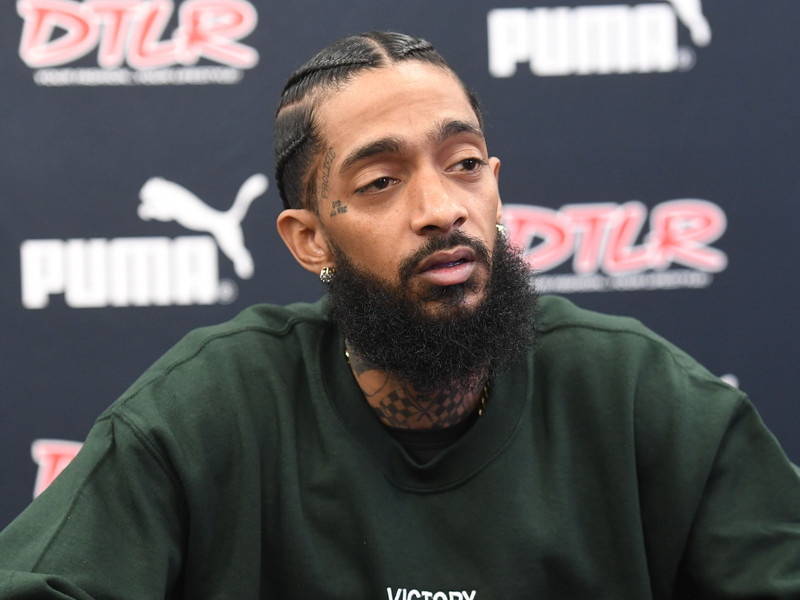 This week in Hip Hop, Nipsey Hussle‘s team told HipHopDX his Marathon Store has made over $10 million since his death. Also, Lil Wayne announced a tour with Blink-182 and Rolling Loud kicked off in Miami.

Since Nipsey Hussle’s untimely passing, his Marathon Store has grossed over $10 million in revenue.

Orders reportedly have been backed up due to the overwhelming amount of purchases made by supporters. Nip’s team has been working around the clock to make sure all orders are fulfilled.

Nipsey was shot and killed outside of his store in March. Eric Holder — the suspected shooter — pleaded not guilty to murder, two counts of attempted murder and one count of possession of a firearm by a felon.

Former OJ Simpson prosecutor Chris Darden stepped in to represent Holder but withdrew from the case on Friday (May 9).

Stok’d to be hitting the road this summer with @blink182 and special guest @NeckDeep!!?? Pre-sale starts tomorrow at 10am. Tickets available everywhere Friday! ⚰️

Lil Wayne and Blink-182 announced a joint tour on Monday (May 6).

The tour will begin in Ohio on June 27 and wrap up in New Jersey on September 18. Welsh band Neck Deep is expected to be the opening act.

Pre-sale tickets for the nostalgic trek went on sale Friday (May 10). Fans who copped ahead of time were surprised with a potential revelation that Weezy may drop an album ahead of the tour.

DaBaby Throws Loud Into The Crowd At Rolling Loud

Multi-city music festival Rolling Loud returned to its main home of Miami this week. The event was part of a partnership with AudioMack for the third year in a row.

“Rolling Loud is excited to partner with AudioMack in Miami for the third year in a row,” Tariq Cherif, Rolling Loud co-founder, exclusively told DX. “Audiomack has been instrumental when it comes to breaking new artists and providing a platform for established artists to reach new fans. We look forward to continuing to grow and push the culture forward with them.”

Cardi B, Travis Scott, Migos and Kid Cudi were among the many acts to hit the stage. DaBaby took the Rolling Loud experience to another level by throwing free weed into the crowd during his performance of “Gorilla Glue.”

Though there were reports of an active shooter inside Miami Gardens’ Hard Rock Stadium, where the fest was taking place, those claims were flagged as false by the Rolling Loud team.

Broccoli City Festival’s Brandon McEachern spoke with HipHopDX about the beauty in discovering new music on SoundCloud and offered tips on how to find good tunes. He gives credit to the streaming platform for putting him on a lot of artists.

“Crazy, SoundCloud put me on Tom Misch (Fire). Also, GoldLink,” he recalled. “We came together over SoundCloud and I used the platform to promote one of my first festivals with a song that’s still online. It’s pretty epic to see how far the festival has come all from the power of discovery and the ability to directly connect on the platform.”

DX caught up with Mexican-American rapper WHATUPRG to discuss his album RAUL. He touched on the issue of immigration in the United States, including the night ICE took his father away from his unsuspecting family.

“I say the whole house shook when the cops knocked,” the 22-year-old Georgia native told DX. “We all instantly woke up. My parents are very honest and good people and they opened the door and there’s a horn.”

#ThrowbackThursdays: Ghostface Killah Is Born In 1970

On May 9, 1970, Wu-Tang Clan’s Ghostface Killah was born. DX explores his legacy and influence in the latest #ThrowbackThursday installment.