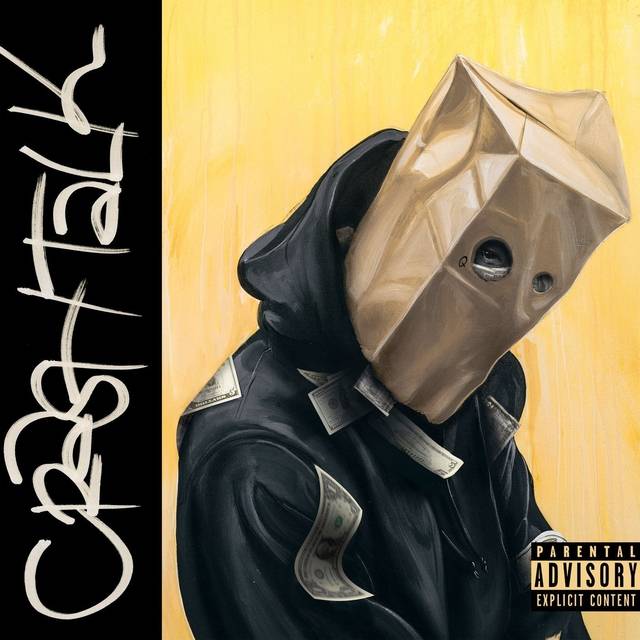 It’s becoming clear that the Top Dawg Entertainment may be the San Antonio Spurs of Hip Hop. Both are terrifyingly tactical entities that don’t move without careful consideration and laser precision. The Spurs have won five NBA championships and TDE has just as many classic albums thanks to their quality over quantity model; especially when it comes to star player ScHoolboy Q.

The proud Hoover Street Crip waited nearly three years to drop a follow up to Blank Face LP which would seem to be a non-issue given Q’s impressive consistency across only a small handful of projects. In fact, for the past seven years, the “Q” could have stood for quality; but that module has taken a detour this time around.

CrasH Talk, Q’s fifth official album, doesn’t quite hit the creative, catchy or Crip-tastic pinnacles his previous projects effortlessly hurdled. Naturally, the hype and lofty expectations surrounding this album need to be taken into consideration but even still, Q’s zany aggression and heartfelt ghetto gospels are shells of themselves.

The 14-track album opens with “Gang Gang” which, for all intents and purposes, bangs pretty damn hard. DJ Flu and J-Bo deliver a heavy-duty beat on which Q pleasantly raps a “whole lotta fucking gang shit” but from there the tracklist quickly unwinds. “Tales” nonchalantly details the trials of his past and present hood endeavors (a story we’ve heard from Quincy many times before). Then there’s the second single “CHopstix” with Travis Scott which looks good on paper (especially with Jake One and DJ Dahi on the beat) but turns out to be a half-baked, cookie-cutter radio hopeful with a bland chorus.

It’s the short and sweetly sinister “Numb Numb Juice” that keeps the album from flat-lining before it even really begins.

If “Numb Numb Juice” is the eagerly taken shots of Henny then “Drunk” is the inebriated ex-boyfriend/girlfriend call at 3 a.m. Featuring silky smooth 6LACK, the track is the first instance on the album where ScHoolboy’s performance feels and sounds truly genuine. He cascades his gentlemanly gangster lines over soft keys and intoxicating vocal layering. He takes the hazy vibration even further on the Kid Cudi-assisted “Dangerous” that eerily slides down a sinkhole of existential questioning like “Can’t get high enough to get over the hump/How many friends around me helping me lose?/How many excuses until I’m excused?”

“CrasH” is where Q really gets some of those acclaimed bars off with lines that shed light on his current state of mind: “Nigga gotta hit the golf course to get a peace of mind/Family friends want a piece of mine” and also empower his daughter: “So, girl, be proud that your skin black/And be happy, girl, that your hair napped”. But aside from this track and the few aforementioned deeper cuts, Q sounds surprisingly uninspired throughout the duration of the album.

Even the swaggy “Water,” where the Cardo and Johnny Juliano slap begs to be absolutely dunked on, gets the boring Tim Duncan layup from Q.

It’s not that ScHoolboy needs a hit to survive but CrasH Talk provides less insight to his life than Habits & Contradictions, less creative experimentation than Blank Face LP and even fewer distinct hits than Oxymoron. There are without doubt a few tracks on this album that could make it to your favorite ScHoolboy playlist but said “few” don’t outweigh the remaining dozen that fall flat on their blank face. If Q can get back to drawing board and channel some revitalized inspiration for his next project then CrasH Talk can simply be a forgivable drop in the great big bucket hat that is Q’s catalog.