Review: PnB Rock's "Trapstar Turnt Popstar" Has The Perfect Ingredients But Not The Perfect Recipe 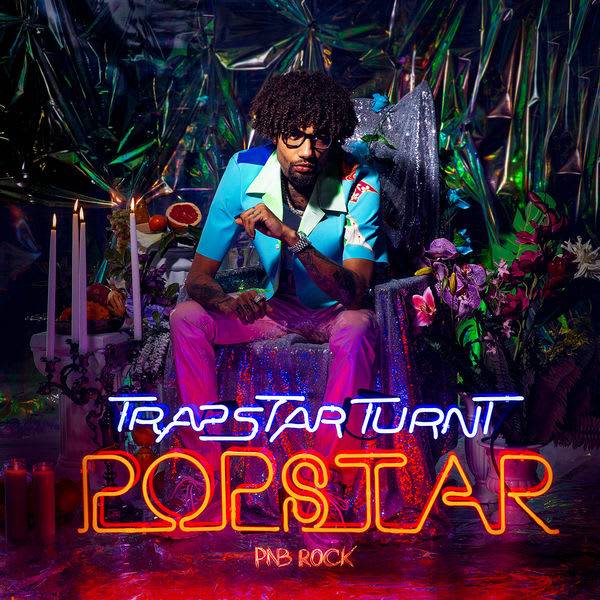 There’s more than one way to turn the party up, and Philadelphia rapper PnB Rock is out to show such versatility on Trapstar Turnt Popstar, the double-album that’s also serving as his sophomore effort.

Rock has a literal who’s who of special guest stars on this Herculean effort: Quavo, Diplo, Torey Lanez, A Boogie Wit Da Hoodie, Mally Mall, Lil Durk, Tee Grizzly, and even the late XXXTentacion take turns spitting their 16 on a variety of tunes that run the gamut from the vulnerable (“How It Feels”) to the outright gangsta (“ABCD”). Along the way, Rock alternates between having a sound of his own and a sound that’s a little too familiar (comparisons to Ty Dolla $ign abound) to be uniquely his.

Take for example the aforementioned “ABCD,” where PnB Rock waxes poetic while rapping about being in the dreaded friend zone. It seems to be a little bit of a strange dichotomy — this mix of the delicate and the devastating — but for PnB Rock, it’s nothing if not effective.

He’s also strong as hell on “Take My Soul,” as he trades both choruses and barbs with Youngboy NBA — the latter who absolutely murders the track with lyrics like, “Get out, that’s my man out in chains, everything for free/They took my brother out my gang, had to fuck these niggas up/Still hurt, my body in pain, and we kill three for them/Thinking body like I’m insane, put you to sleep, you a temp.”

PnB Rock has been open to the point of brutality, in the past, about his experiences in prison — but he also makes clear that he’s light years away from that life. He’s not averse to talking about it on wax, though — which is all the better for us.

PnB Rock also has an all-star producer lineup on Trapstar Turnt Popstar, too: everyone from Diplo to Yung Berg (as Hitmakas) takes turns to deliver pure fire to the boards.

So, overall, PnB Rock’s sophomore effort has all the right elements to be a classic album. But why does it fall short of that perfect score?

Well, there are a number of factors that go into a five-star album — but the chief factor is, of course, consistency. While PnB Rock has some great songs, they are more than a few that are fair-to-middling, at best. The most notable example is the track “I Like Girls,” which features the annoying Lil’Skies and would be better suited for a group like LMFAO than for a former felon.

And that, really, is the second complaint about the album: PnB Rock has a lot more breadth than what he’d offered as some of the tracks on this album. He took the easy way out, more often than not, and he’s simply too talented to just phone it in.

Overall, however, Trapstar Turnt Popstar is a solid offering from a rapper who has a lot of promise. If he can be more consistent with his offerings — if he can step it up the way we all know he can — the next album will be nothing short of spectacular.