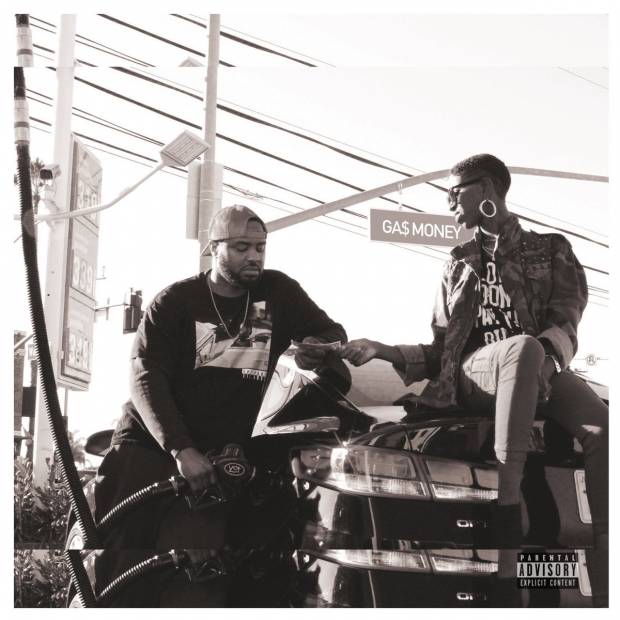 In many ways, the lack of widespread recognition of Los Angeles-based MC Lyric Jones is an enigma. A top to bottom listen to her new collaborative effort with producer Nameless, GA$ MONEY (her first body of work since 2015’s Gems From The Cubicle) reveals a soundtrack for dreamers who like their bars sophisticated and refined.

In a sea of politics, bullshit and gimmicks, Lyric creates a consistent, relatable vibe that asserts itself across the 10-song affair (six, if you factor in the interludes) and humbly pits her as an underdog. Drenched with soulful, bouncy, electro bops, she runs through themes of money chasing, love and the all-encompassing dread of “adulting”

The album leads off with the bouncy “All Mine (The Mine),” an ode to the quest for funds and a proclamation of self-worth. Accentuated by Blakk Soul’s silky-smooth chorus on the vocals, she reaffirms her bars aren’t free — and even jokingly noted how the money-potential of stripping had her wishing that she could dance with a mask on or follow up with a Men In Black mind erasure.

Over the video game-esque sound effects on the punchy “Look My Way,” Lyric plays the female role alongside Blu and Vic Spencer. The only other rap feature comes from Detroit Hip Hop vet Guilty Simpson. The other guest spots were filled by singers Deion and Daniel “Sky High” McClain.

The first single “Adulting,” an ode to all of the things we wish we didn’t have to deal with as we get older, received a visual treatment and is one of the project’s choice cuts.

“To get consistently paid still on my wishlist,” she spits on the project’s final track “All Sides.”

The project itself is named after something both Lyric and Nameless were doing to get through the creation process — Nameless was working as a truck driver and Lyric was driving both Uber and Lyft. It’s an aura that definitely permeates throughout.

It may not break any new ground sonically, but GA$ MONEY has an undeniable charm. And though she may not have a command over the masses just yet, the music is a sentiment any creative can relate to — and Lyric does a beautiful job turning out replay worthy jams with her unique rapping/singing cadence. You won’t find any commercial fare here, but as you navigate this digestible gem, you won’t miss it. ​