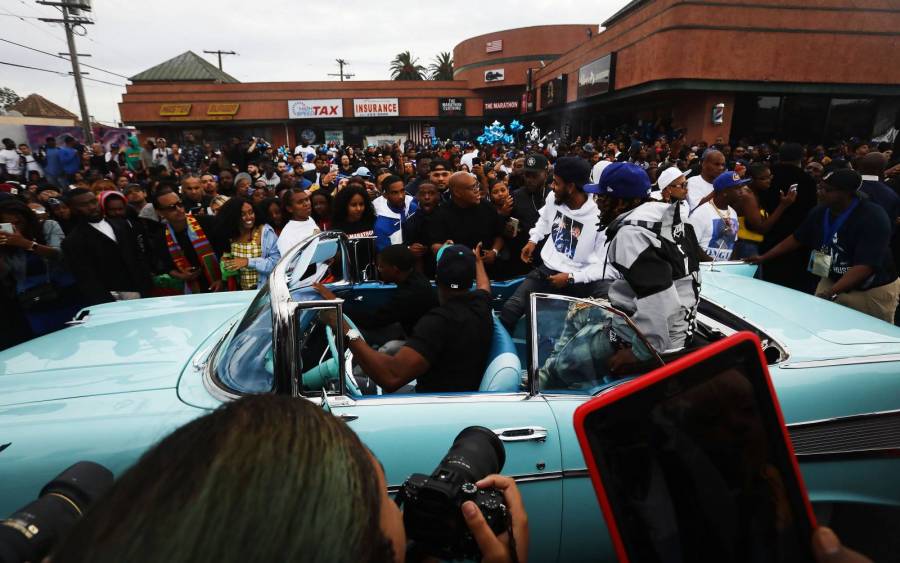 Nipsey Hussle's The Marathon Store Has Made $10M Since His Passing

Los Angeles – The outpouring of love and grief from Nipsey Hussle’s fans since his death on March 31 hasn’t gone unnoticed without a silver lining.

HipHopDX confirmed with the late rap star’s team that the business has netted $10 million since he was gunned down in front of the empire he built.

In the meantime, the surviving crew members are working tirelessly around the clock to service the insurmountable list of orders.

“Thank you to everyone who’s placed an order with us these last couple of weeks,” Nipsey’s team said in an Instagram post to its 500,000 followers. We appreciate the unprecedented outpour of support. It means alot to our team and family.”

It also thanked customers who have paid homage and dollars to Nipsey’s vision and that the Marathon Clothing brick and mortar store will reopen after its reels back from the whirlwind of his untimely passing.

The Marathon team is still accepting purchases orders via the brand’s website and plans to get orders shipped as quickly as possible. The profits from the purchases will go to the investment fund called “Our Opportunity.”

The fund and program is the brainchild of the late MC and his business partner David Gross, which helps community leaders “of every large, majority black city to, in a systematic way, acquire and develop transformative projects.”