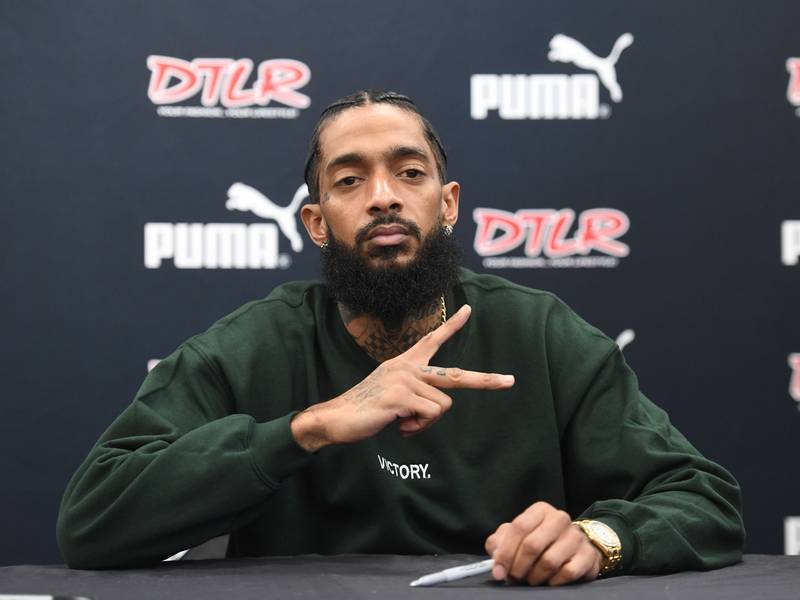 Nipsey Hussle had grand plans for revitalizing his Hyde Park neighborhood and other forgotten communities beyond Los Angeles. Alongside business partner and real estate developer David Gross, the late rapper envisioned an economic-based movement with a similar impact to Black Lives Matter.

In a new story published by the Los Angeles Times, Nipsey’s work — including the creation of an investment fund called “Our Opportunity” — is revealed in great detail.

According to Gross, the fund would assist hometown heroes “of every large, majority black city to, in a systematic way, acquire and develop transformative projects.” Prior to his death, Nipsey was scheduled to meet with Senator Tim Scott to discuss the use of a program known as Opportunity Zones.

The tax incentive allows investors to defer capital gains taxes for up to 10 years if they invest in communities neglected in the recovery from the 2008 Recession. Hyde Park had been designated as an Opportunity Zone, which inspired Nipsey and Gross to explore the program.

“I was excited when I learned of his interest in Opportunity Zones,” Scott said in a written statement. “And I’m saddened that we will never get to discuss our plans and vision for what this initiative could do to partner with and strengthen Nipsey’s already amazing efforts.”

Gross and his other investors still intend to launch the “Our Opportunity” fund. But the groundwork was laid by Nipsey, who also sought to help communities in Puerto Rico and Washington, D.C.

“He wanted to be a symbol and really spark a movement,” Gross said. “Basically, it was the economic version of Black Lives Matter. [That] is what we were trying to create.”