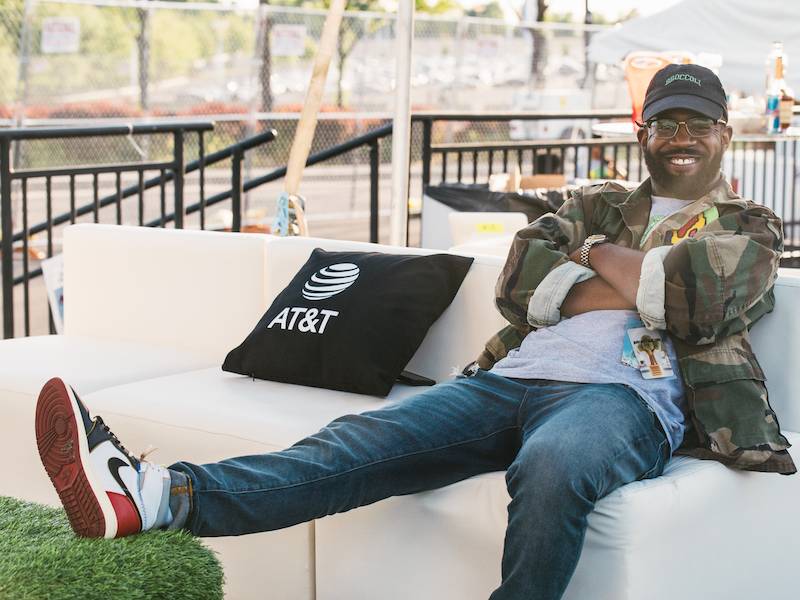 Since its inception, SoundCloud has grown into a music streaming platform that allows creatives to release music at a moment’s notice while bridging the gap between fans and artists. So much to where an average 12 hours of music is uploaded to it per hour. Although SoundCloud has earned a reputation for the emergence of “Mumble Rap,” it also served as a base for launching respected artists including Bryson Tiller, Russ, Amine and Little Simz.

Broccoli City Festival creator Brandon McEachern used the platform to discover GoldLink earlier on before the DMV emcee became Grammy nominated. To this day, he still uses SoundCloud to discover new artists despite having everyone from Lil Wayne to Childish Gambino headline last month.

Speaking with HipHopDX, McEachern gives advice on how to properly use SoundCloud for artist discovery and using Broccoli City to push his activism.

HipHopDX: Considering the fact that you’ve been running festivals for nearly a decade going so far back as Global Cooling Block Party, what was your process in discovering new music then as compared to now in regards to SoundCloud?

Brandon McEachern: Back when I first started, blogs had a lot of power, so it really influenced your opinion on what was hot before you got a chance to listen to it. With SoundCloud the idea of discovery was different. You were able to listen for yourself and really figure out if the person was dope or not.

DX:With the sheer amount of music uploaded to SoundCloud daily, is there a filtering process that you employ to ensure you are not wasting your time?

Brandon McEachern: Not really, Once I play the track I’m able to decipher pretty quickly if this is something I like. But SoundCloud has some great playlists that feature emerging artists so it gives me a place to start. Once I play a track if I like that joint it just flows from there.

DX: When looking for music on SoundCloud, what are some suggestions for using the platform as a user in ensuring one has the best listening experience?

Brandon McEachern: I would say figure out what your vibe is. There’s SoundCloud Weekly and Fresh Pressed, but SoundCloud has these dope communities too which make it easier to discover what’s next in music. Once you picked your vibe SoundCloud takes it from there.

DX: How has SoundCloud broadened your music listening experience?

Brandon McEachern: Crazy, SoundCloud put me on Tom Misch (Fire).  Also, GoldLink. We came together over SoundCloud and I used the platform to promote one of my first festivals with a song that’s still online. It’s pretty epic to see how far the festival has come all from the power of discovery and the ability to directly connect on the platform.

DX: Can you name an artist you’ve found on SoundCloud that you didn’t expect to grow as big as they are?

DX: How exactly do you figure out who is going to be the next thing in regards to who you book for Broccoli City?

Brandon McEachern: I listen to the streets, I ask questions to young people, I try to stay tuned in. I try to stay authentic to myself and SoundCloud helps me to stay on top of that without being influenced by politics.

DX: You were one of the first people to book artists like GoldLink, Kendrick Lamar and SZA for various events you’ve done over the years. Can you recall how those relationships have grown as their spotlight has gotten bigger?

Brandon McEachern: First, GoldLink is my guy. It is so good to see his growth because he carries a performance on his own. His Grammy nomination was monumental for the DMV and he’s an all-around great guy. To be able to support that light in any capacity is a blessing.  Always being about the community, culture and reflecting the kind of images of success for people of color has helped me to maintain my relationships with artists I’ve worked with in the past.

DX: As Broccoli City grows into one of the premiere music festivals in America, what was the main mission this year in regards to the festival?

Brandon McEachern: I wanted to create a safe space for the culture. Especially with Broccoli Conference and Community Activations.  The festival was the beginning of a larger purpose. Our culture is bigger than music, it’s our well being, mind, and community ties that keep us strong. These things are priceless and what protects us in times of grief and raises us up when we succeed.  We have to give back to the culture and not just take from it. Everything I do is intended to do just that and open people’s eyes to the equity in their talents.