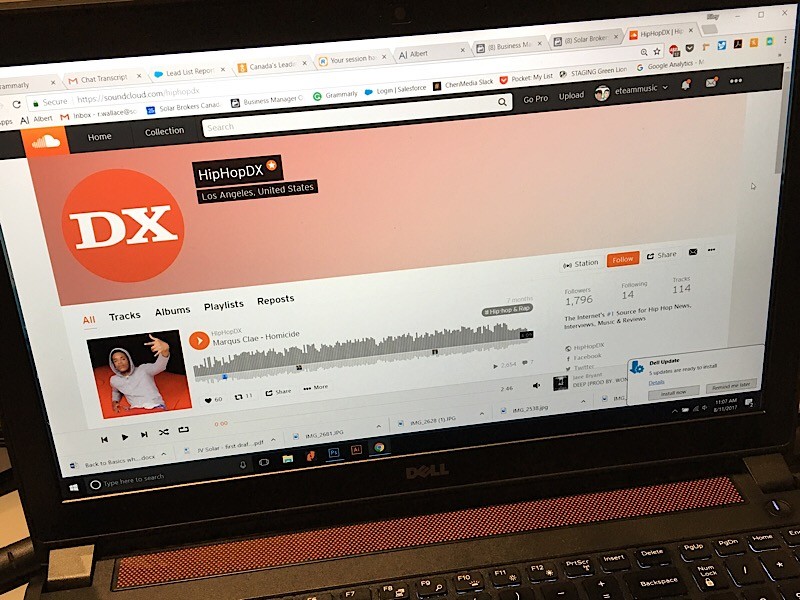 Remember when Eminem rapped, “Hold your nose because here goes the cold water?” Well, for SoundCloud, today’s water was looking ice cold. But after wrapping up the largest financing round in the company’s history, it looks like the platform isn’t going anywhere.

As I said @SoundCloud is here to stay. I'm very excited to announce that we're ready and strong for decade II. https://t.co/c78jEy9ubz

A vote by company stakeholders could’ve been the final nail in the coffin for the music giant, one that’s helped artists like Post Malone, Bryson Tiller and Chance The Rapper find fame. The company’s future was hanging in the balance last month, but Ljung was confident in its survival.

“SoundCloud is not going away. Not in 50 days, not in 80 days or anytime in the foreseeable future. Your music is safe,” SoundCloud CEO Alex Ljung wrote on the streaming site’s blog just over a month ago after it was seemingly rescued by Chance The Rapper.

As it turns out, that celebration was slightly premature.

According to The Industry Observer, the streaming giant’s saving grace was actually the result of new investment from Raine Group and Temasek for a combined $169.5 million. But its “saving grace” still needed to be voted on by the existing shareholders on Friday (August 11). Fortunately for the millions of users worldwide, the outcome was positive.

“I’m happy to announce that together with investors The Raine Group and Temasek we’ve just wrapped up the largest financing round in the history of SoundCloud,” Ljung wrote on his blog. “This financing means SoundCloud remains strong, independent and here to stay. As I said, we’re not going anywhere.”

So, why wasn’t the vote a no-brainer? As explained in The Industry Observer report, this “bailout” caused initial investors’ liquidity preference to be slashed by 40 percent or more so that the company can pay off its (massive) debts. That’s not very attractive, which made a “no” vote plausible.

This massive save brings with it new leadership. As Ljung explained, “I’m excited to also announce that this new partnership also brings talent to our SoundCloud family. From prior Vimeo-fame (a platform we love!) comes Kerry Trainor and Mike Weissman, two awesome leaders who will be joining SoundCloud as CEO and COO, respectively.”

This new leadership won’t oust Ljung himself, as previously reported by Techcrunch. “Am I leaving? No, absolutely not,” he continues. “After a decade of balancing the roles of Founder, CEO and Chairman I’m excited to hand the CEO reins over to Kerry to allow me to fully focus on the role of the Chairman and the long-term.”

It looks like the massive catalogs of music on the platform are safe.

“We’re all just getting started,” Ljung writes optimistically. “The first 10 years are done, and now we’re onto decade II. SoundCloud, just like music, will continue to evolve, but importantly, both will always be a key part of life.”