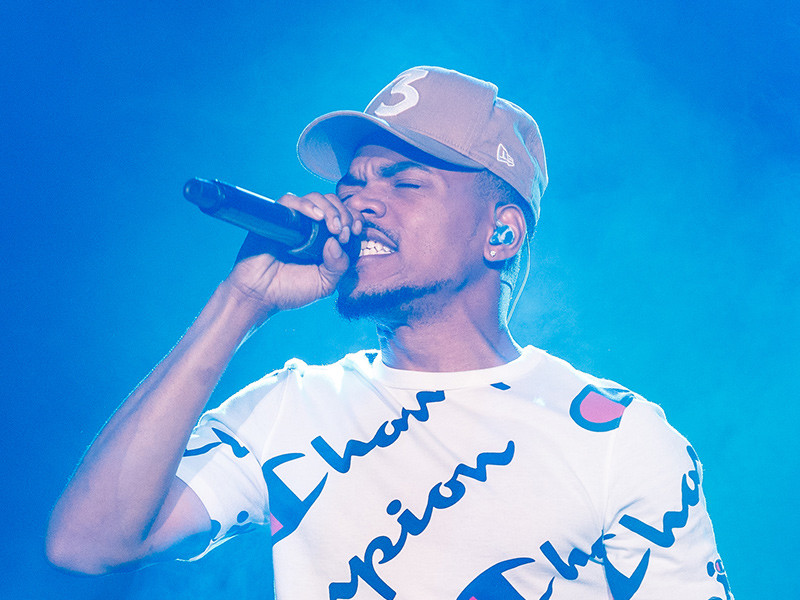 Chance The Rapper was a guest on the fourth episode of What’s Good with Stretch & Bobbito, the new podcast that has already drawn heavyweight guests such as comedian Dave Chappelle, Oscar-winning actor Mahershala Ali and best-selling author Eddie Huang.

Throughout the 30-minute podcast, the conversation traversed parenthood, the role mixtapes played in Chance’s career, and, most interestingly, the portrayal and acceptance of happiness in Hip Hop. “The construct of the bad boy image was very common,” said Stretch illustrating how Chance embodies how much the culture has shifted over the decades. “It was a darker time,” joked Bobbito.

Chance openly attributed the mainstream acceptance of his positive image to Kanye West. He explained that West was very open who he was, what he loved, and how he carried himself. Most importantly, he was open about who he wasn’t. He also noted that the current social media landscape makes it increasingly difficult to fake the funk. “If you’re rapping about being on the block, then you need to take selfies on the block,” he joked. “I’m lucky to have been accepted for who I am.”

At one point, the conversation shifted to the concept of “black boy joy,” which Chance has helped to usher in. In a nutshell, it’s a movement dedicated to capturing and sharing joyful and proud portrayals of black men in society.

“What does it mean to you to be this ambassador of black joy and optimism? Especially in these times?” asked Stretch. Without hesitation, Chance expressed the importance, while acknowledging his role as an ambassador comes from his fame.

“I understand there’s a multitude of experiences that make up the black experience … I’ve lived many different black experiences,” Chance said. “I’m happy that people can film/document and make history of a successful black man that’s a positive person.”

Check out the full episode below.