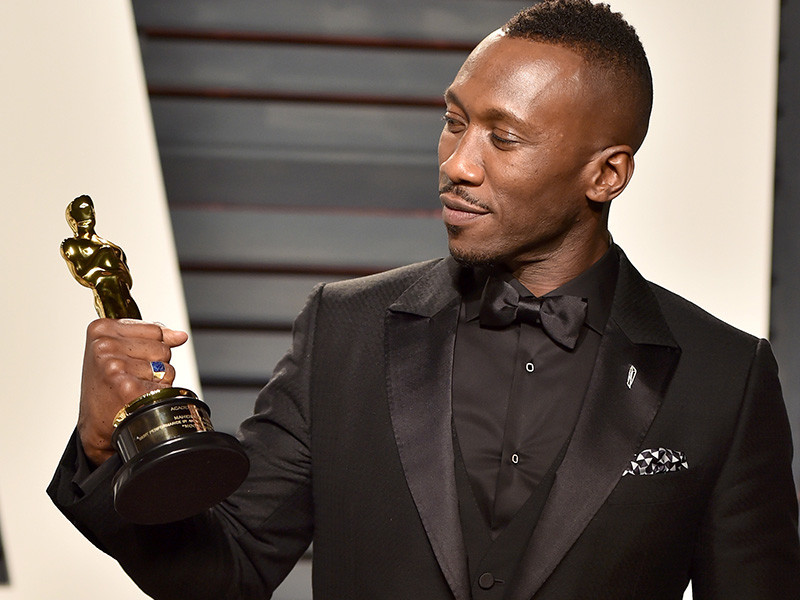 Mahershala Ali shot to A-list status in the acting world after his well-deserved Best Supporting Actor win for his role in the Best Picture-winning film Moonlight at the Academy Awards on Sunday night (February 26). Ali also had a supporting role in Hidden Figures, another Best Picture nominee. Both are big wins for the veteran actor, but they’re also victories for Hip Hop culture.

Ali also plays ruthless villain Cornell “Cottonmouth” Stokes in Netflix’s Hip Hop-focused Marvel comic adaptation of Luke Cage. And, if you either didn’t know, or had forgotten, Ali has a rich history in the rap game as a respected MC.

Under the moniker Prince Ali, the Bay Area native was signed to underground Hip Hop legends Hieroglyphics’ record label, Hiero Imperium, during the late 2000s. He released his album Curb Side Service in 2007, but was already a seasoned thespian at the time.

Souls of Mischief member and Hiero Imperium label manager Tajai Massey spoke with HipHopDX about Ali’s short tenure with the label, and how he saw Ali’s dedication and talent from 10 years ago translate to an Oscar win.

“I think it’s awesome, man.” Tajai said, “What’s crazy is that he’s been grinding since before he was even signed to our label. That was 10 years ago now. To just sort of watch him bubble from the underground, from Benjamin Button, to 300, and all that kind of stuff all the way up to now, a lot of people are going to realize, ‘Oh, we’ve been seeing this guy for a whole bunch of years.’ So it’s just good to see it culminate in some accolades for him. I think this early in his career now, him having all these accolades is going to set a really high bar. But I think he’s talented enough to pull it off because he’s got a wide range of skills. We signed him because he was a dope rapper, not because he had these acting talents. We’re not thespians, so we don’t know anything about that shit.”

Ali was discovered by longtime Hieroglyphics member Pep Love. Tajai says that Ali was ready upon signing, and the majority of Curb Side Service was already completed upon signing his deal with the label. He also explained the rollout of Prince Ali’s album, and why Ali didn’t tour with the Hiero crew to promote the album to focus on his acting obligations.

“He came finished. I recorded one song on his album with him. It was complete, so it wasn’t like I had to do anything. He’s got like Iriscience [of Dilated Peoples] on there, Keith Murray, Casual, me, A-Plus, a bunch of shit on there. We put out something called Corner Ensemble, which was like the prep mixtape to that record, and then we put out Curb Side Service, and that’s it. But he couldn’t really tour because he had acting stuff that he had to do. You know, rap doesn’t really pay as much, man. So, I congratulated him on rolling with what he had going with acting, and now you see that it’s paid off. But I think he could’ve done really well as a rapper, too. Rap is a hobby, man. Being in Hiero, yeah, because we’re Hiero. But as far as trying to break a new artist and growing a fanbase, it’s difficult. We have an awesome new album out with Oh No and Tri-State, but it’s hard to get people to check it out because it’s not Drake or Young Thug. And [these guys] are veterans.”

Tajai also spoke about why Curb Side Service still remains a standout record among the flock of today’s rap releases.

“I would hope that people would revisit his record because it’s a timeless record. We’ve signed guys like Encore, O.C., to Prince Ali. We’re not signing them because they got something hot at the time. Goapele or whoever, you can listen to any of these records or anything that the Imperium puts out, and it’s timeless. I really mean this. You can put on Prince Ali’s album right now, and it can stand up against anything that’s out today, and outshine them. If it brings notoriety, or shines some light on that, it’s a win. But it’s also a win for him because it shows that this guy is just talented. Some people just got talent. You look at certain guys like Jamie Foxx, Childish Gambino, etc., they’re talented and they express their talent in a variety of ways. That’s what I think Curb Side Service represents.”

Besides the Best Picture award presentation becoming one of the biggest blunders in the history of the 89-year ceremony, there were plenty of other firsts for Sunday night’s Oscars ceremony. Ali is the first former Division 1 basketball player to win the award. Tajai spoke in depth about his multi-talented former labelmate.

“[He] used to hoop, too. He played for Saint Mary’s. This is a Bay Area dude. My patna used to hoop with him and work there. He’s been doing it. I hate to be cliché, but this man is super intelligent obviously with his ability and range, and the level of thought that he puts into what he does. But there’s a few ways up out of here, and he took all three. You look at guys like Master P, and he did the same thing.”

[Ali] used his talents for good, and he’s at the beginning of a long, good career. I even like that he’s being recognized as a sex symbol because he looks like a traditional black brother. You know what I’m saying, though? Not like a Jesse Williams-looking guy, or not necessarily a Lenny Kravitz type of dude. He’s just a typical handsome black man, regular. No contacts in or a blond mohawk. He looks like my pops or my grandpops, and is getting love from mainstream America. Because unfortunately, we aren’t celebrated like that as far as … you have to have some type of twist to you all the time. This guy is well-adjusted, well-spoken, hard-working, a Bay Area brother with a lot of talent.”

In the wake of the Trump administration’s targeting of Muslims in America, this was a big win for Mahershala Ali as he became the first Muslim actor to ever win an Oscar.

“That’s huge,” Tajai said. “When I grew up, it was the Russians who were the enemies. Before that, it was the Japanese and the Germans. We always have to have some bad guy, and now it’s the Middle Easterners. I don’t subscribe to that kind of crazy stuff. Islam is the largest, fastest-growing religion in the world. We’re used to seeing Muslims in any walk of life. Doctor, lawyer, actor, etc. I think that’s a great accomplishment. But it also speaks to how anti-Muslim or anti-diverse the Academy has been in the past more so than it’s some kind of special accomplishment for Muslims.”

Check out the full album stream below.