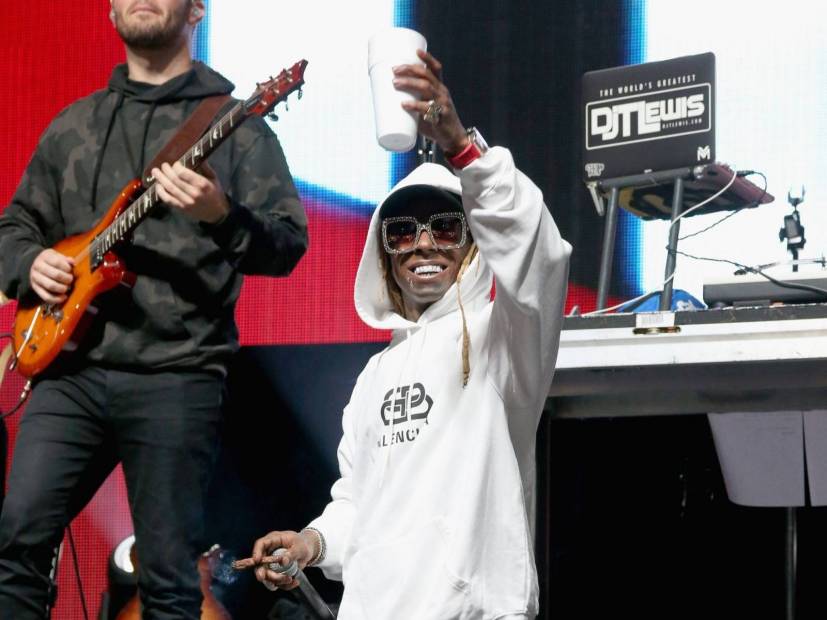 Fans rushing to buy tickets to the recently announced joint tour between blink-182 and Lil Wayne noticed something interesting during checkout.

The Tickets+Music section on the Ticketmaster website revealed each purchase “comes with a physical CD option of a physical CD per order with your choice of blink-182’s or Lil Wayne’s forthcoming album,” it continues, “approximately 24-48 hours after purchase you will receive an additional email with instructions on how to redeem your album.”

No news about an upcoming album had been announced from the “Lollipop” rapper whose sparingly used social media accounts have only confirmed the joint tour.

Weezy himself has not addressed the message at this time.

Naturally, fans took to social media to share the news and excitement towards the possibility of a new album from the storied rapper whose most recent album, Tha Carter V, came out less than a year ago.

The announcement of the headlining tour came Monday (May 6) when Weezy uploaded a photo on his Instagram detailing the 42-date tour beginning in Columbus, Ohio on June 27.

Stok’d to be hitting the road this summer with @blink182 and special guest @neckdeepuk!!🤙🏾 Pre-sale starts tomorrow at 10am. Tickets available everywhere Friday! ⚰️

Check out Wayne and Blink-182’s tour dates below.