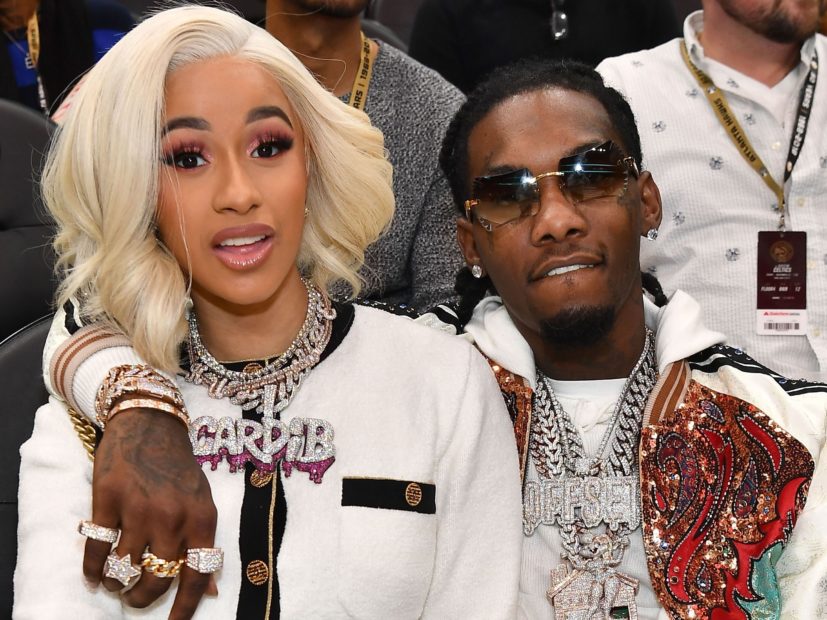 HipHopDX – This week in Hip Hop, Cardi B and Offset got back together. Gucci Mane gives his reason why Eminem can’t possibly be the King of Rap and Royce Da 5’9 has to check Tory Lanez for getting out of line.

Well look ? what we got here. Looks like Cardi B and Offset are back together in Puerto Rico. ?

While it’s not completely clear if Cardi B and Offset are truly back together, the married couple did enjoy some quality time in Puerto Rico riding jet skis this week.

The “Money” rap star and Migos member have been split since Cardi announced their break-up on Instagram. Since then, Offset has made several attempts at capturing Cardi’s heart again, including interrupting her set at Rolling Loud in Los Angeles.

Hoping on Instagram live to explain her trip, she blames the jet skiing company for selling pictures to TMZ and says she just “needed to get fucked, that’s all.”

I’m a recent interview with @DishNation, Gucci Mane reveals why he doesn’t think Eminem is the King Of Rap. Who do you think has the title? Follow @HipHopDX for Hip Hop & More‼️

When Gucci Mane was asked how he felt about Eminem being dubbed as the King of Rap on the Ricky Smiley Morning Show, the Zone 6 star completely disagrees.

“You gotta come up with a better one,” Guwop says. “That ain’t even worth … ’cause I ain’t playin’ him in my car. You playin’ him in yours? You slidin’ around playin’ Eminem in your car with your old lady? Dolo play Eminem, just metaphors. Just goin’ in? [Laughs].”

Read more about Gucci Mane not listening to Eminem here.

Looks like Tory Lanez is ready to try Royce Da 5’9 next. Do you think Tory is ready for that ??

Tory Lanez extended an apology to Royce da 5’9 this week. Lanez became upset with the Detroit rhymer, telling him “suck my dick,” after he opined on Twitter that Tory didn’t win the battle with Joyner Lucas.

The Book of Ryan rapper originally threatened to beat Tory’s ass, but later changed his mind once a productive conversation between the two was had.

Read more about Royce Da 5’9 and Tory Lanez getting in to it here.

Denver artist Trev Rich is featured the Spider-Man: Into the Spider-Verse soundtrack song “Elevate” along with Denzel Curry, YBN Cordae and SwaVay. He explains to HipHopDX’s Kyle Eustice how it all happened after Dreamville Records  A&R Matt McNeal asked him to stick around for a studio session.

“He [McNeal] was like, ‘Man I just think you should stay,” Trev recalls. “We got a session tomorrow. I think it’ll be a dope session.’ He was like, ‘Just pull up.’ I get in the whip, get to the session and I’m in there with [DJ] Khalil. He’s like, ‘I been trying to work on this record. I been trying to work with a bunch of different writers to get this hook and I can’t get the hook.’

Childish Gambino is on his final headlining tour and HipHopDX was there to capture the exhilarating experience.

“And if you still had any question as to whether or not Donald Glover had completed the transition into manhood, watching the fully bearded creative drop to his knees at the Forum to wail at the top of his register would certainly be enough to sell you,” DX writer Kenan Draughorne pens about the show.