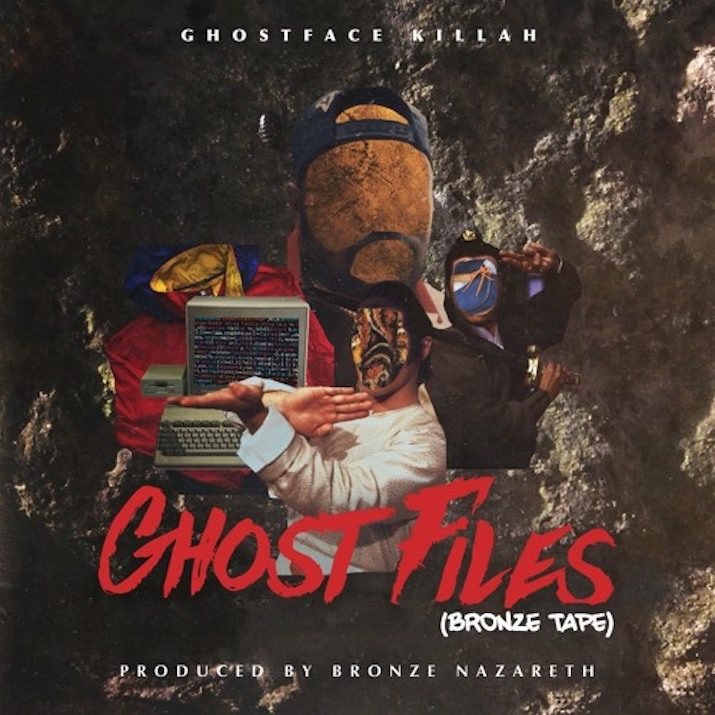 Some could pinpoint the main reason for Ghostface Killah’s immense popularity is the fact that, simply put, he’s got the sharpest ear out of everyone in the legendary Wu-Tang Clan. The man born Dennis Coles knows what works where, and who would be the strongest either in the studio or behind the boards to do it right.

And so it is on Ghost Files, an impressive 25-track double album that’s divided into the Propane Album and the Bronze Album, respectively, so it can be enjoyed as part of a collective or individually.

Most of the heavy lifting has been done on this remix album by other artists, so Ghost’s job was that of a master connector. He made a wise choice in selecting Bronze Nazareth for the Bronze Album, and Agallah for the Propane Album, to serve behind the boards, as both men are masters of their respective crafts. And Ghostface Killah, of all people, knows better than perhaps anyone else that the remix is nothing if not a respected art form in Hip Hop — an art form not to be taken lightly.

The question of how well the Clansman pulls it off, however, is determined solely by which style of remix you like.

The Propane Album, for example, gives a new, fresh sound to the Wu-Tang repertoire. Agallah, a Brooklyn native, does a fantastic job of throwing “Cold Crush” over a dramatic beat that feels jarring upon first listen to a Hip Hop purist, but ultimately becomes the standout track of his album. The Purple City member also does a fabulous job on “Constant Struggle,” which gives the album a much darker feel. Even though Agallah has made a name for himself as a ghostwriter (ha!) for many a rapper, he’s also a woefully underrated producer, so Ghost’s decision to give the man an opportunity to flex his muscle behind the boards was a wise one.

Wu-Tang loyalists, however, know the name Bronze Nazareth, as he’s had years of experience working with various Wu-Tang associated acts. As a result, his style has evolved as part of the classic sound of the group, which means he relies on “old school” beats and warm, vinyl-like sounds over Agallah’s crisp, clinical production style for The Bronze Album. That said, Bronze Nazareth is a beast on the boards, and he does his thing on his takes on “Buckingham Palace,” “Majestic Accolades,” and “Done Again.”

The worst that can be said about this collection is that the duo is so diametrically opposed in their style that, if these two albums are treated as one single album, it’s jarring to the ear.

Nevertheless, this is a collection that doesn’t grow stale, even after several listens. It’s also a fine addition to the massive Wu-Tang discography.