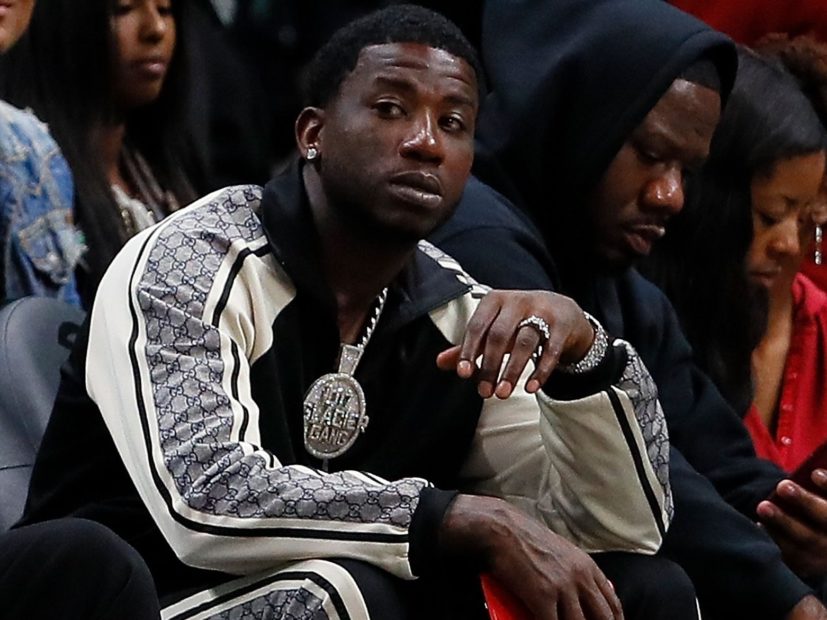 Atlanta, GA – Gucci Mane recently sat down with radio host Rickey Smiley for an episode of the Ricky Smiley Morning Show where he was asked about Eminem being dubbed the “King of Rap.” The 1017 Records boss was almost in disbelief that question even entered his atmosphere.

“You gotta come up with a better one,” he says in the clip. “That ain’t even worth … ’cause I ain’t playin’ him in my car. You playin’ him in yours? You slidin’ around playin’ Eminem in your car with your old lady? Dolo play Eminem, just metaphors. Just goin’ in? [Laughs].”

Gucci is me. I don’t know any regular black people who just ride around listening to Eminem in their free time. Or ever, really. #TooManyNapkins pic.twitter.com/FjIeLBh3Wc

Despite Gucci’s dismissive attitude toward Slim Shady, Em’s most recent album, Kamikaze, debuted at No. 1 on the Billboard 200 upon its release with roughly 434,000 total album equivalent units sold in its first week.

Conversely, Gucci’s 2017 El Gato: The Human Glacier album peaked at No. 28 while this year’s Evil Genius — which was released on December 7 — was projected to sell 54,000 to 59,000 total album equivalent units in its first week.