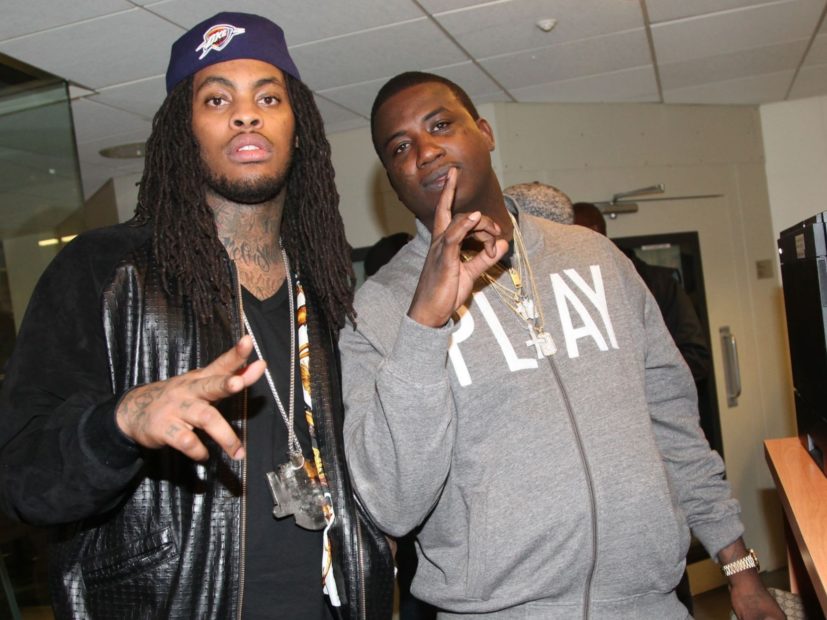 Atlanta, GA – Back in November, Waka Flocka shared an Instagram video claiming he was done with the negative energy surrounding rap beef. He specifically named Gucci Mane and said he wanted to have a conversation with him.

During a recent interview with Streetz 94.5 Atlanta, Gucci addressed the video and suggested the bad blood between the two rap vets has run cold.

“We spoke one time,” he said. “I reached out to him. To be honest, him going on in the internet like that, I reached out because I thought it was urgent … We had a conversation. Everything in the past now.”

#GucciMane (@laflare1017) reveals that he and @wakaflocka have settled their differences and “everything is in the past now” ?| What do you guys think the conversation between Streetz Morning Takeover and Gucci Mane? Comment Below! ?? | #streetz945 #streetzmorningtakeover @moquickatl @joclive @shawtythecomedian

In 2017, Waka Flocka participated in an episode of VICELAND’s The Therapist and revealed “Gucci ain’t in my heart no more.” He explained Gucci was taken in by his family and became like an honorary brother to him. But something happened that led to a fallout between the two.

“That man know what he did,” he told Dr. Siri Sat Sam Singh. “[It’s] deeper than music, deeper than anything anybody can even imagine. When it’s like that, it’s personal. So I [thought] let me make me a record to show you that we’ll never be friends. If you cross the line, it’s gonna go to something different. I was more loyal to him than he was to himself.”

But in the November Instagram video, Waka Flocka made it clear he wants to move on.

“I don’t got no more beef, arguments, smoke, anger towards nobody,” he said. “If we ever had problems, beef, anything I’m telling you right now, for me, it’s over. Hey Gucci, let’s sit the fuck down … you call me.”