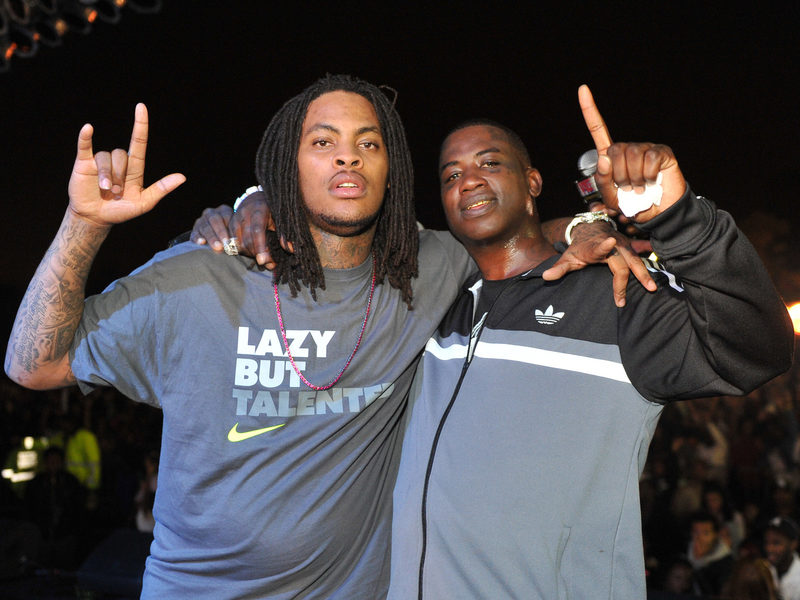 Waka Flocka is done with beef. Flockavelli has declared he’s no longer harboring any ill will towards others, including his mentor-turned-rival Gucci Mane.

In a video posted on Instagram, Waka spoke about a potential reunion with Gucci and expressed his desire to have a conversation with his former collaborator. He appeared to put the onus on Guwop though, telling the prolific rapper to call him.

“We was young niggas, man, with dreams and we really succeeded but this game changed us,” Waka said. “We finna take this shit back. From the big homie, I’m telling y’all first. Aye Gucci, nigga let’s sit the fuck down. All that playing over. You know how to get me, big dog. You call me, nobody else.”

Waka and Gucci have been at odds for years. In 2017, Waka addressed their feud during an interview on BBC Radio 1Xtra.

“I haven’t been cool with Gucci since my best friend got killed,” he said. “That’s 2012. You dig what I’m saying? Gucci know how I feel about him. It was a lot of rappers in the studio when me and Gucci was going at it. And I made that baby sit down … If you wanna play tough and act like you macho and you the big dog and you this, that, and the third, cool. But the streets gonna wipe your nose every time.”

Issues between the two publicly surfaced in 2013 when Gucci announced he dropped Waka from 1017 Brick Squad Records via Twitter. Prior to the dispute, the trap rappers were frequent collaborators. As a duo, they released an album titled Ferrari Boyz in 2011.