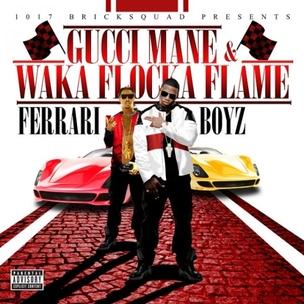 The dynamic Brick Squad 1017 duo of Gucci Mane and Waka Flocka Flame came together to release this week’s other mentor-protege collaborative album, Ferrari Boyz. This work, reportedly recorded in less than two weeks, finds two rappers whose reputations precede them, and who maintain cult followings, despite a polarizing response across the Hip Hop landscape.

Gucci and Waka have been, and will likely continue to be, most notable for rapping about their unique lives – a fantastical world filled with controlled substances, the finest exotic dancers, and the flyest whips a (t)rapper’s money can buy. Ferrari Boyz continues their ongoing musical pursuits to allow listeners a glimpse of their lofty lifestyles, with a 15-track selection of the two trading verses about financial indigestion (“stomach full of money, so hundreds I’ma burp [excuse me]” as heard on “15th And The 1st”), casual encounters with your female siblings (“I’m a cold hearted nigga / You might catch me with your sister / Autograph my picture / I won’t ever kiss her” via “Break Her”), and embracing their youthful spirits (“I’m in the club 30 deep like a young nigga / I’m still in the streets like a young nigga” as told on “Young Niggaz”).

Southside and Lex Luger provide majority of the production work on Ferrari Boyz, providing as much musical diversity as the lyrical counterpart. Trunks will rattle and booties will clap along to the mud-driven rhythms whenever these songs are in rotation, which is probably the goal anyway. The overall sound is that which fuels the inebriation of club-goers or D-boys on the block, and is not to be consumed when sober. To get close to properly appreciating the alliance of elementary-level rhyme schemes of Southern slang and the deep vibrato of the bass-laden instrumentals, the right setting and substances are required. A little bit of, as Waka calls it, “Obama, that’s brown and white liquor,” while posted up in one of the strip clubs they call out by name in “Feed Me”

(including, oddly enough, New York hot-spots Sue’s Rendezvous and Perfections), would be the ideal scenario for consumption of Ferrari Boyz.

Unless the listener can wholeheartedly relate to the activities that Gucci Mane and Waka Flocka Flame rap about on Ferrari Boyz, minds will be uninspired and eardrums swollen halfway through the album. Entertaining enough to merit some club spins and some laughs, Ferrari Boyz is hardly a moment of endurance in either artist’s catalog. There are no surprises here, no growth shown, but the one thing worth crediting to Gucci and Waka is their consistency – the audience will know what to expect, and as long as that is all that they expect, their expectations will be fulfilled. 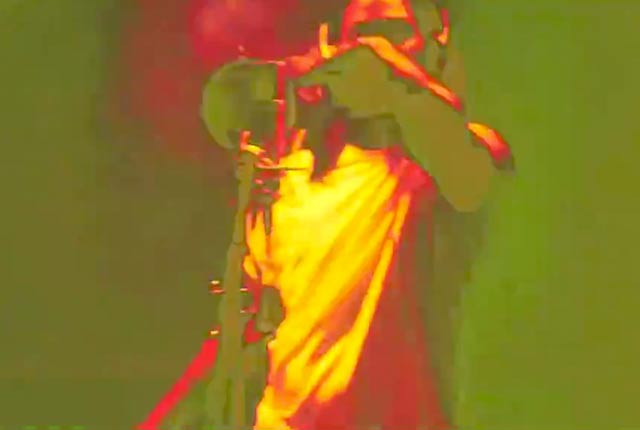