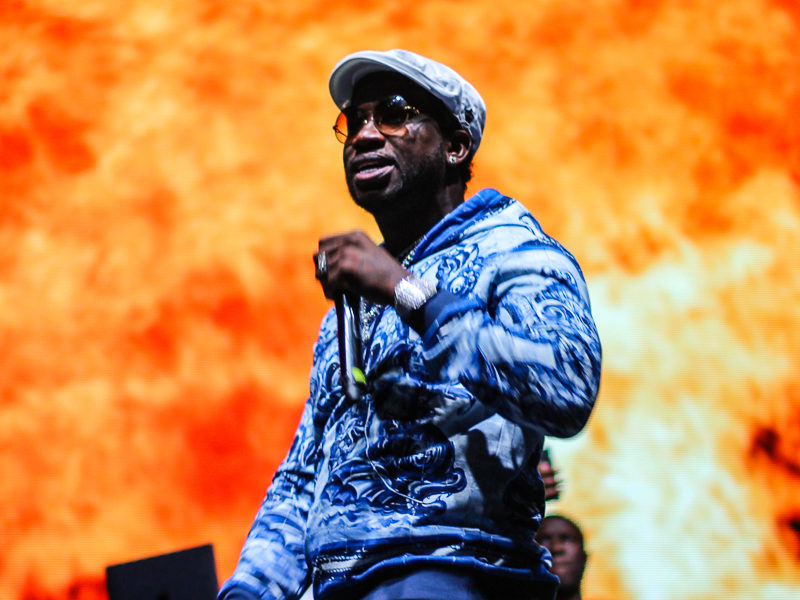 The past 12 months have been relatively quiet for Gucci Mane, but Guwop is making some noise to close out the year. The 1017 Eskimo Records founder has released a new album titled Evil Genius.

[This post has been updated. The following was originally published by Mark Braboy on December 4, 2018.]

As the cold weather in the fourth quarter of the year settles in, Gucci season falls upon us once again. After many delays and teases, Gucci Mane has finally announced the release date and tracklist his new album, Evil Genius.

Afterward, Gucci posted a hand-written track list of 17 songs, with features from NBA Youngboy, Kevin Gates, Lil Skies, and Quavo among others. His star-studded collabo with Bruno Mars and Kodak Black, “Wake Up in The Sky” will also make on the album’s final cut.

In a recent interview with Billboard, Gucci Mane says that he has been putting his best efforts into making Evil Genius into one of his best albums in his lengthy catalogue.

“I’ve been really working on the songs,” said Gucci. “You know, I just don’t put out anything. So, I’m trying to make this project one of my best projects ever. I’m really trying to collaborate with the best producers and make sure I give my fans something that they can be like, ‘Ok, Gucci still coming hard. He still passionate about the music.”

Evil Genius is Guwop’s first full-length project since last winter’s El Gato The Human Glacier. The album will be on all streaming outlets on December 7. Check out the tracklist below.