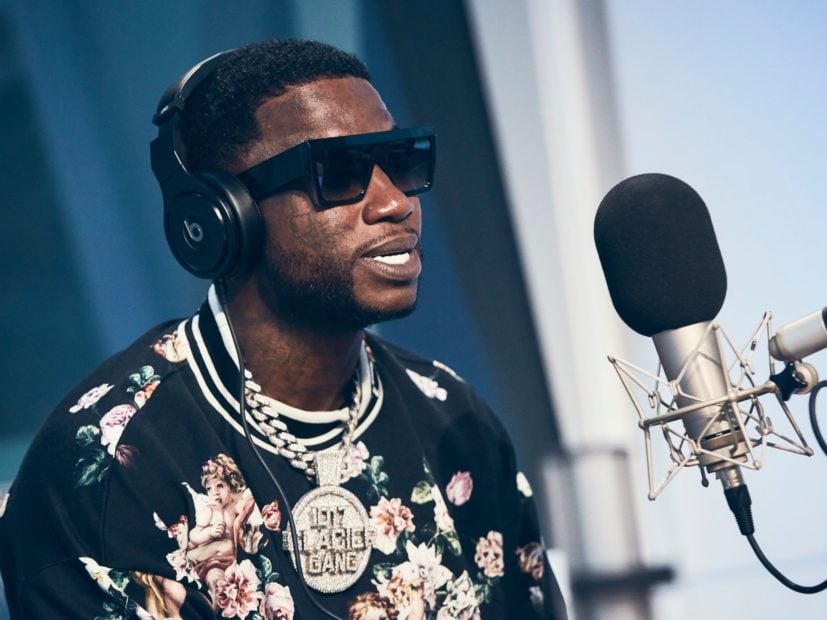 New York, NY – Prescription drug abuse is consistently glorified in music. What seems relatively harmless becomes a harsh wake up call when rappers like Lil Peep and Mac Miller start losing their lives to addiction. Gucci Mane understands this all too well.

During a recent interview with Beats 1 Radio, the East Atlanta Santa opened up about his struggles with substance abuse and reveals he would’ve died had he not sobered up.

Gucci, who had been using alcohol, weed, ecstasy, prescription pills and lean for years, believes that lifestyle would’ve ended him.

“I think I would have been dead, probably,” he said.

In 2013, Gucci began serving a three-year jail sentence for possession of a firearm by a felon. He was finally able to kick the drugs inside the prison walls.

“I wouldn’t want to do it like that again, but you know… I don’t know,” he said. “Drugs could’ve killed me, so you don’t know the future, but at the same time, jail was so hard, so I don’t know. That’s interesting.”

Since his May 2016 release from prison, the 1017 boss has become passionate about prison reform and wants to get involved somehow.

“[I want] to try to get all these people out of jail that are just locked up,” he said. “I was just locked up so many people that don’t deserve to be there, but it’s like, what do you do? The most I do is try to hold down the people with lawyer fees or give money to the people that I got incarcerated, and just being there for them when they call.

“If somebody came to me with a plan like, ‘this is what we can do,’ because I don’t know, and I can’t act like I know.”

Elsewhere in the conversation, Gucci acknowledged his slower pace this year. In 2017, it seemed like he was putting out a project every week. Now, he’s just focused on getting Evil Genius out, which he explained is much more personal than past endeavors.

“This is my first album of the year,” he said. “It’s my own album of the year and I did it on purpose. I was wanting to take my time and chill. I didn’t want to be in studio with a deadline, like I got to make an album and it got to come out at this time.

“This album was like the first time I kind of had more fun making the records. With the intentions of just going in the studio and just had fun and this is what came out. But before, I was kind of going and expressing myself, talking through the mic, like I had a lot of my chest. This album was like, let’s find the best beat, make the best song and put it out.”

Evil Genius is expected to arrive on Friday (December 7.) Until then, check out the full interview here.