Review: DaBoii Earns A Solo Trophy With "Neva Lookin Back" 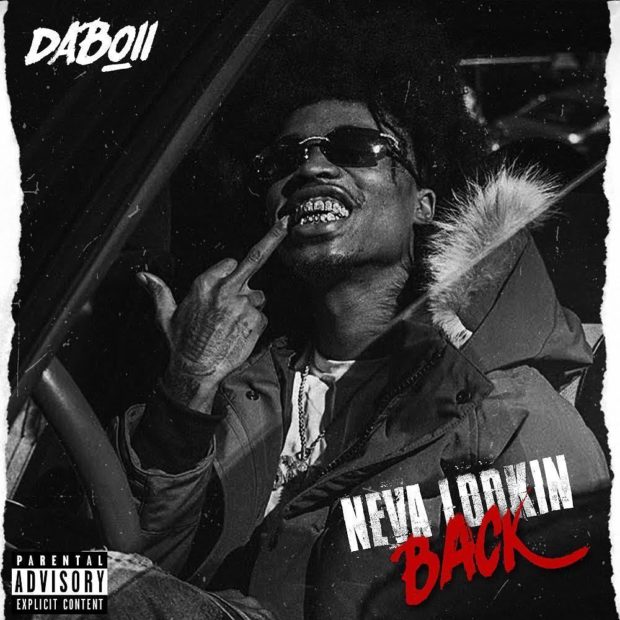 SOBxRBE made the most of their moment in 2018. After the foursome from Vallejo found success on their self-titled debut last year, they propelled themselves further into the spotlight on “Paramedic!”, the runaway hit from Black Panther: The Album where they flexed their dynamic personalities with Kendrick Lamar acting as their personal hype man. On “Paramedic!” as well as their subsequent albums GANGIN and GANGIN II, it was the magnetic charisma of Daboii that often took the track to another level.

Now, his solo project Neva Lookin Back, showcases much of the same energy while allowing the stand out more room to operate.

The production on the album isn’t much different than what you’ll find on a typical SOBxRBE project, giving Daboii a comfortable landing base to rap over. Lyrically, many of his raps are paranoia driven, inspiring the theme and direction of the project itself. “Never looking back, always looking forward / God looking down, devil at the door” he raps on the first song on the tracklist while painting a picture of his life story and current mental state in the process. On “Ridin,” it’s more of the same: “When that time comes, I just wonder who’s riding / Voices in my head, and them voices wants violence,” he raps, over a chilling vocal riff that adds well to the urgency.

While the content itself doesn’t change much as the album unfolds, the sonics are more than enough to add complexity to the listening experience. The beats are colorful and crisp, while Daboii’s flow slides terrifically no matter how abrasive the scene is behind him. On “Today,” a heavy, booming synth brings a scowling base to the song, while the percussion knocks with the intensity to match. “Onna Gang” is similarly minimalistic, but tweaked with a funkier edge that provides a jolt of energy midway through the track listing. Elsewhere, “Bulletproof” enters with racing piano keys that set a menacing tone, while Daboii raps with the grisly intensity that originally made him the most captivating member of SOBxRBE.

For much of the tape, however, his delivery is more measured and cool. On “True Colors,” he’s smirking into the microphone rather than he’s screaming into it, adding a slight humorous tone to the dark environment. “Back 2 Skoo” is more upbeat, but his flow at the start of the song is equally restrained, before suddenly ratcheting up midway through the verse to add dynamic changes in the vocals.

Had Daboii marketed himself from the jump as a solo artist, the most glaring weakness of Neva Lookin Back would probably be nonexistent. He’s more than able to hold the spotlight for the duration of the tracklist, but it’s impossible to listen to the album and wonder what might have been had Yhung T.O, Slimmy B, and Lul G also contributed. Sonically, it’s too similar to the rest of the group’s discography for there to be a question of whether the tracks would work as a SOBxRBE song, giving the project little purpose aside from building his own persona outside of the group.

Still, it’s a fully enjoyable listen, and an actual stamp of validation for him as he embarks on more solo territory.