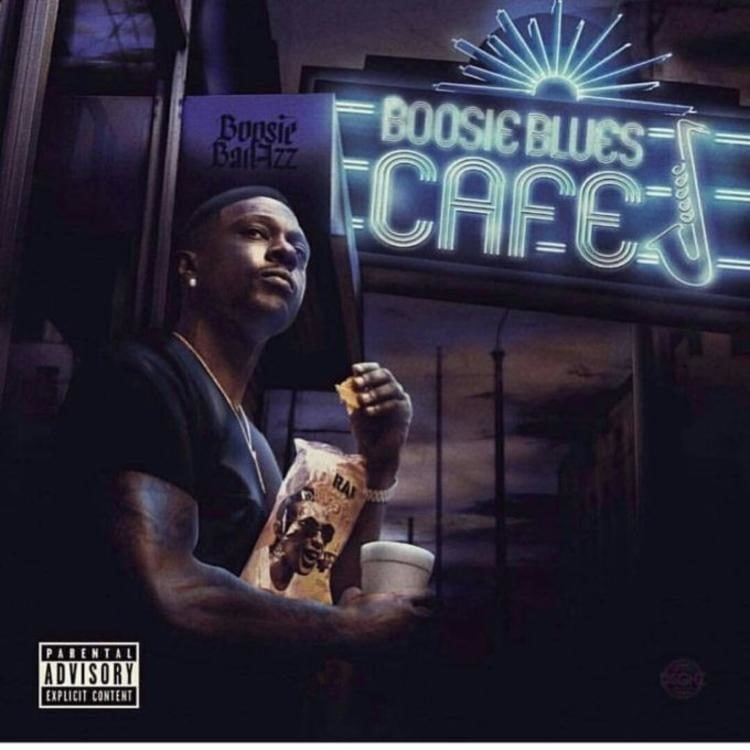 Rappers are defying stereotypes in all sorts of creative ways. Snoop Dogg, for instance, got natty dreaded a few years ago as Snoop Lion to make a rasta-ready reggae album — only to transform into his choir gown and score a No. 1 gospel album earlier this year.

Rather than take inspiration from a trip to Jamaica or the pulpit, Boosie Badazz dug deep into his Lou’siana roots for a down-home blues record on his latest album. His commitment to the concept turns Boosie Blues Cafe into a startlingly impressive affair.

Boosie Blues Cafe is not a concept album. It’s a straight-up blues project from an artist who knows the genre from deep in his gut. Nary a bary is rapped; if it isn’t sung, he’s talking in a spoken-word manner that emanates the feel of an intimate after-hours lounge. Like many other N’awleans rappers, Boosie has always demonstrated a melodic prowess, so it shouldn’t be surprising that he is able to carry a tune. However, the fact that he capably does so for an entire album is an impressive feat that most MCs couldn’t pull off. He hits the high notes with gusto on “Love Yo Family,” singing warmly about a family reunion that would be perfectly suitable for a sunny summer barbecue. The cut brings out upbeat warmth from a rapper who so often revels in the nasty, displaying complexity and depth that enrich the album.

Boosie Blues Cafe is not simply formidable for the novelty of a rapper foraying into a new genre. Boosie’s had a fair share of drama into his life, and uses it to fuel personal growth on the album. “Confused” finds him lamenting the duality of his urges to wander and his love for his woman. In true blues fashion, he supplements a wailing hook with spoken word: “Most times I wan’ play, play, play (I just wan’ play, baby, that’s all)/Sometimes I yearn for only you, baby (I be confused a lot)” and it’s not hard to imagine him sitting at the bar, downing yet another shot, wondering “what the fuck did I do?” like a shamed Jimmy McNulty. But, by the end of the it, Boosie clearly knows tendency to step out ain’t helping a soul. His maturity, as well as his ability to resonate with deep emotion, adds weight to an album that could have easily been brushed off as a novelty.

The music, at its best, is a tribute to the finest blues around while retaining originality. The drums thap in Hip Hop fashion, but everything else is full-on my-woman-done-me-wrong music. The descending organs and heavy drums make “Devil in My Bedroom” akin to a soulful Sunday sermon. With Big Pokey Bear riding shotgun, Boosie sings about his troubled upbringing: “I was born up in South Baton Rouge (South side)/Where that devil rides your back (Rides your back)/Daddy cookin’ coke in the kitchen (Oh no)/And he hit the needle right after that (Right after that).” The content is appropriate for a blues record, but also would be right at home on a rap song, marking the striking lyrical similarities between the two genres.

The music mostly ranges from low-to-mid-tempo, and could have done with some livelier tracks similar to Nas’ and Olu Dara’s “Bridging the Gap.” When the downbeat approach works, such as on the sweet-n-slow “That’s Mama,” Boosie connects on the most humanistic of levels. However, “Where I’m From,” on which Boosie speaks of the dangers of his hood, is sparse to a fault and detracts from the hard-edged content. Even one of the album’s few rousing efforts, “I Know How To Have a Good Time” could have used some hot sauce to make it a wilder affair. Yet, Boosie dove headfirst into the blues, and apparently didn’t want an I-N-D-E-P-E-N-D-E-N-T outliers. The focused approach creates cohesion, even if it leaves some jammin’ to be desired.

The 17-track album may not vary much in tempo, but it stays solid throughout with smart pacing. The penultimate record “Rap Star Heaven” is a touching tribute to rappers lost. The usual suspects, The Notorious B.I.G., 2Pac, and, of course, Soulja Slim, are imagined living it up, but Boosie adds a nice touch by name-checking Mac Dre and Mac Miller. The song smoothly rides out, and while the title track serves as the outro, Boosie caps the engaging project on “Rap Star Heaven” with a succinct sum-up: “One thing you can’t take from me is I make some good-ass music.”

Which is a factual opinion. Boosie said on the title track this is his first blues album, so maybe he’ll get a little rowdier on a follow-up. Whatever the case, we can’t ask much more from the time-tested veteran on this album. Boosie Blues Cafe is a beautiful record imbued by smooth soul, syrupy sonics, and sweet sentiment.