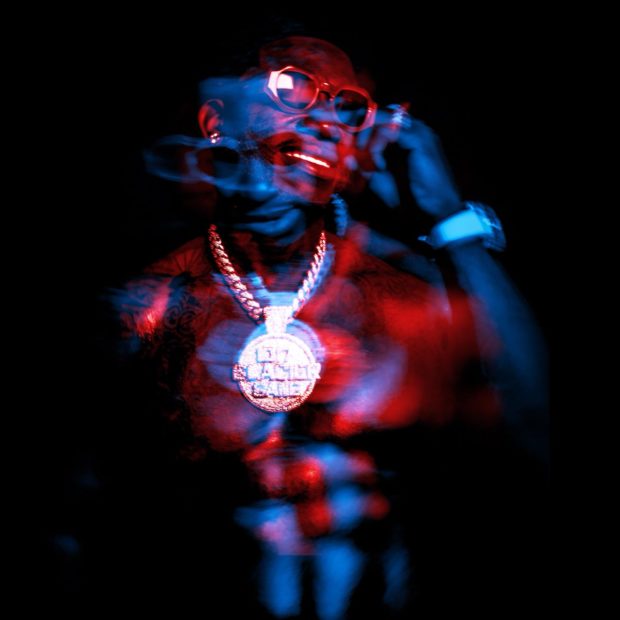 HipHopDX’s Hardest Working Rapper of 2017 had a noticeably quiet 2018 on the music front. After leaving prison in 2016, Gucci Mane released a batch of top-notch mixtapes and albums. Though the quality of the projects gradually dipped, they cemented his status. Evil Genius, the Atlanta veteran’s 13th studio album and first project of the year, suggests that a legend might be in decline. His lyrical wit is as good as ever and once again, Gucci assembles an A-List team of guests. But what’s missing is the innovative edge or urgency that made his earlier work so enthralling.

Evil Genius starts on a lackluster note with formulaic songs like “Off the Boat” and “By Myself.” Once he brings in the guests, however, things don’t get much better. “BiPolar,” featuring Quavo, is snoozy with both trap artists rapping on auto-pilot. Similarly, “Just Like It,” lacks any flare. 21 Savage’s features tend to be a hit or a miss. When the other artist compensates for his nonchalance, his neutral flow can be a riveting contrast. But Gucci doesn’t do that. Rather, he gets swallowed by the track’s droning production.

“Cold Shoulder” will reassure anyone who thinks that the Trap God was falling asleep at the wheel. Produced by EarlthePearll and featuring rookie all-star YoungBoy Never Broke Again, the track stands out for its confidence. Over a momentous beat, the Atlanta veteran raps about the significance of his success following his stint in prison: “Young and reckless, rich and wealthy/ Say health is wealth, that means I’m deadly/ That’s why they sweat me, successful black man/ With a felony, what you tellin’ me?” YoungBoy makes the most of his high-profile cameo by delivering a verse packed with cadence.

In a similar vein, “I’m Not Goin’” succeeds with a charismatic verse from Kevin Gates and hypnotizing production from Murda Beatz. But most of the guest assisted tracks range from failed experiments to generic. On paper, “Wake Up In The Sky,” featuring Bruno Mars and Kodak Black, is an exciting idea destined for crossover appeal. But the song never comes into a groove and fails to achieve the joyful, soulful vibe of an all-time classic.

Anyone suffering from a case of Migos fatigue should probably sit this one out; the Atlanta trio pop up in multiple tracks as either solo artists or a group. Though the Quavo-assisted “Lost Y’all Mind” is a banger with an enticing synth-line, Migos do little to make “Solitaire” any more interesting. The Atlanta legend has seemingly jumped on the SoundCloud bandwagon as well — Lil Skies and Lil Pump make painfully mediocre appearances on “Mad Russian” and “Kept Back,” respectively.

Despite these misfires, there are plenty of reminders of his craftsmanship. On “Father’s Day,” Gucci demands appreciation for his contributions to the culture and thrives over MetroBoomin’s thrilling production. And “Outta Proportion” has some of the cleverest and most outlandish bars on Evil Genius. He weaves together obscure references to criminal doctors with chemical elements, flexing his one-of-a-kind weirdness: “Killin’ that pussy, I’m Gucci Kevorkian/ Ballin’ in Fresno like Jerry Tarkanian/ Gucci’s the alien, I’m from uranium/ Droppin’ the top, yeah I’m crackin’ the cranium.”

Even with all the underwhelming guest performances and filler, Evil Genius demonstrates that Gucci Mane hasn’t completely lost it. That being said, it’s definitely time for him to disrupt the formula.