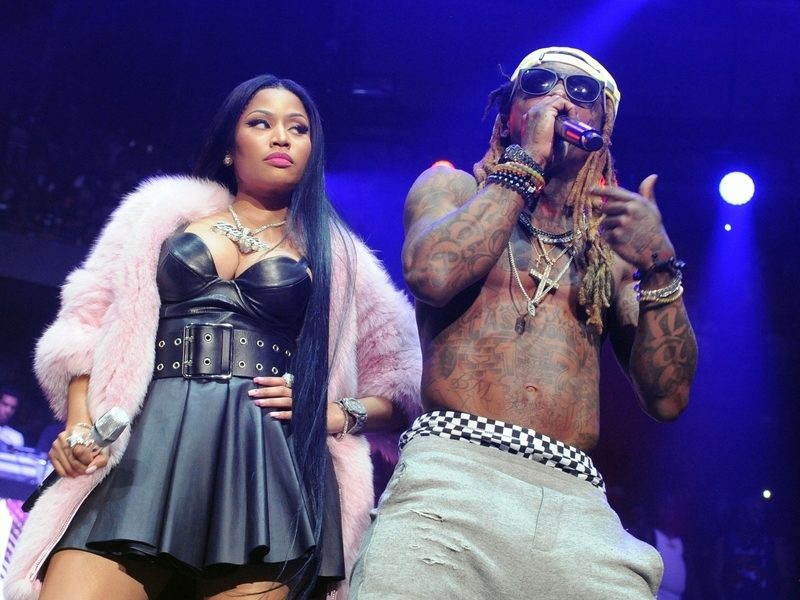 Hip Hip takes center stage on the Spider-Man: Into The Spider-Verse soundtrack.

View Spider-Man: Into The Spider-Verse stream, cover art and tracklist below.

[This post has been updated. The following was originally published on December 12, 2018.]

Hip Hop is all over the Spider-Man: Into The Spider-Verse soundtrack. Some of the biggest names in rap today have created original tracks for the new animated film, which features the Miles Morales version of Marvel’s iconic character.

Pop giants such as Lil Wayne, Nicki Minaj, Post Malone and Swae Lee have crafted songs for the Spider-Man soundtrack, which drops on Friday (December 14) in conjunction with the film’s release.

My song “Scared Of The Dark” with @tydollasign (and a surprise special guest!) is on the Spider-Man: Into The @SpiderVerse Soundtrack. Pre-Save it here & enter to win 2 tickets to see the movie – https://t.co/35bFTfMT8E. Out December 14. #SpiderVerse ? pic.twitter.com/Sp7dGHdLkI

Wayne has given fans a preview of the soundtrack by sharing a snippet of “Scared of the Dark” with Ty Dolla $ign. The late XXXTENTACION is being billed as a special guest on the song.

Check out the Spider-Man: Into The Spider-Verse tracklist below.