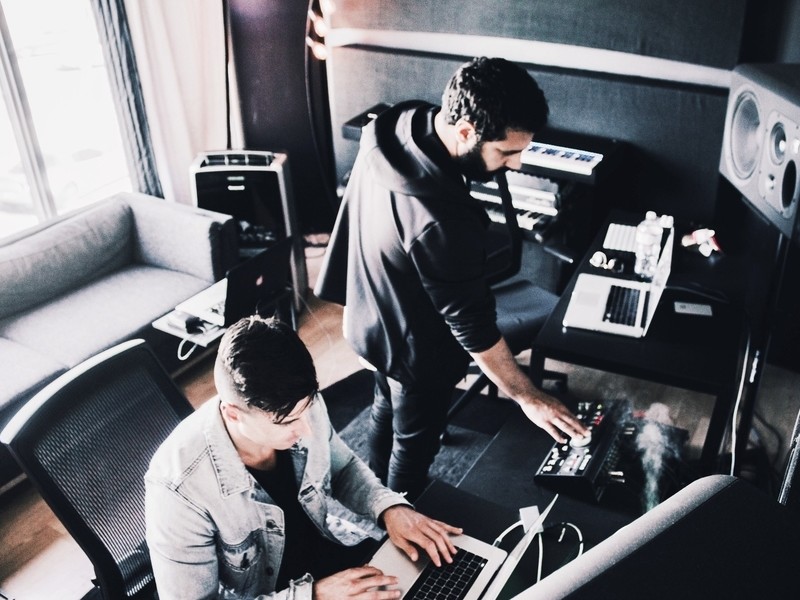 HipHopDX recently spoke with production duo FnZ for an in-depth conversation about their career. In part two of our discussion with Michael “Finatik” Mulé and Isaac “Zac” De Boni, the producers detail their production on Curry’s critically acclaimed album TA13OO and look ahead to the next chapter.

DX: When I think of you guys, I always think of you as Denzel Curry’s go-to producers. So, I wanted to hear about how y’all first linked up with Denzel and began that collaborative relationship started.

Zac: That was early on when we first met our manager, Rees, from Lower East Coast Management. He’s also Denzel’s manager. One of the very first things that he came to us with, he was like, “I’ve got this artist, Denzel.” He told us all about him and he was like, “Man, I’d love for you guys to work on Imperial.” And that’s how that first started.

They came to us. Ronny J had actually already fleshed out a bunch of ideas, and a bunch of other producers as well. We just put our touch on it, put our sound on it, and that was really our first time working with Denzel. And then we did “Knotty Head” from scratch as well. That was the first time. The links always been there since then. It’s lead to working on the 13 EP and then TA13OO.

DX: Y’all were such a big part of TA13OO, and I really loved what y’all did on the title track. It set the tone for the album, making it clear it’d be different than his past work. Can you describe the making of that track and what inspired that sound?

Zac: I remember that Rees had given us this loop. It’s not a sample, one of his boys made it. I don’t remember his name now. He gave us a whole pack of loops and ideas from this guy, and that was one of them. I remember that beat was made on 4/20.

Zac: It was just another beat. That wasn’t done in the studio with Denzel, that was just a beat we made. And then I remember we went in the studio and Denzel was like, “Man, I want some storytelling and shit.” So we just played that and that’s how that happened.

Finatik: That one was around from the very beginning of the process of the album I think as well, right?

Zac: Well, the very first thing we did was “BMT” but that was soon after.

DX: On that album, there are quite a few tracks with Mickey De Grand IV. Can you tell me about working with him and how your styles mesh so well?

Finatik: Mickey’s someone who’s from Miami. He’s an insane instrumentalist, producer, artist, everything. He’s also got a group, Psychic Mirrors, which is something he’s always killing with. They’re on some whole different shit in terms of their sound.

Rees introduced us in Miami years ago in the studio. We started working a little bit here and there, but it wasn’t until when we moved out to L.A. when we really started getting in with him in the studio and then clicking in terms of the sound.

We have a certain sound with Denzel, and Mickey goes crazy on the keys. He can pretty much play any instrument. So, he brings that side in terms of the production and music. He’s really good with Denzel, with ideas for this and that. Let’s try to say this that way or this way. We’ll have a beat there, and he’ll just jump up on the keys and play some crazy synth.

He definitely brought some brightness to Denzel’s sound in terms of bringing a bit more color to it and making it more— not necessarily musical but just a different kind of feel. Like “Cash Maniac” and then one of the— Zac, wasn’t it the outro?

Zac: He did the outro on “Vengeance.” That’s Mickey.

Finatik: That’s right, the outro on “Vengeance.” There’s another part as well. He has all these songs that he’s got in his vault that he hasn’t even put out that we go through and sample and flip them with him in his studio. And then he’ll sing vocals over it. It kind of gave the album a whole ‘nother level of feeling but also not using any samples, which is cool. It was something different for us.

Zac: Mickey’s the man though. He’s just a good vibe, good to hang out with, fun to work with.

Zac: There’s a lot of dope instrumentalists and producers out there, but Mickey brings a certain funk that other people don’t.

DX: Nice. Y’all worked with a diverse range of artists, but I was wondering if there’s anybody you’ve been working with lately or have plans to that would surprise people? Anyone unexpected?

Finatik: We’ve done such random stuff with different artists. Some, we can’t really speak on, and some are still in the pipeline. We’ve been working heavily along with artists from Vancouver Sleep Clinic from Australia. That’s definitely a different feel, a different sound sonically and sound-wise to what we’ve done with Denzel or Rocky or Jaden Smith or any of these other artists. I’d say that’s one that’s a bit more different.

Zac: I mean, shit, even Jaden Smith. That’s a little bit left field for us. That kind of came out of nowhere.

Finatik: The other one, I really don’t want to mention him until the ink is dry. [Laughs]

Zac: We were in the studio with our boy HWLS and Christian Rich. We were in Red Bull Studios out here in L.A. and we literally just banged out a bunch of beats. That was one of them. And then those guys, they’ve got a relationship with Jaden, so they got it to him and that was that.

DX: To wrap things up, I wanted to get your producer bucket list, so to speak. Is there any specific artist out there that you’ve been dying to work with and want to have your on résumé before it’s all said and done?

Finatik: Rihanna, Drake, Kendrick [Lamar] obviously as well. He’s definitely at the top of the list. Playboi Carti would be crazy, I think. We could definitely do something crazy with him.

Finatik: We just wanna work with artists that we mesh with musically. Artists that are still coming up and see how we can bring something with our creativity and our sound to them and do something different.

Zac: That’s the thing. I feel like we are more versatile than [we get credit for]. Right now, a lot of people know the Denzel stuff and maybe the Rocky stuff, but we can do anything. We just enjoy challenging ourselves. I’m down to work with bands, whatever. Whatever it, we can try to put our twist on it.

DX: On that note, have y’all ever had a desire to put out an album of your own or even just do all the production with an artist for an entire LP?

Zac: Yeah, 100 percent. Doing the whole production for an entire LP is definitely something we’re always trying to do. It’s always nice to have that control.

Putting stuff out on our own, yeah, we’ve definitely talked about that. It would be something like an album full of beats featuring other artists or something like that. I’m not too sure.

Finatik: A compilation or even just an EP with artists that we heavily work with all the time like Denzel would be crazy. [We’re] leaning more towards producing a whole album, definitely. After producing the majority of the TA13OO album and doing a bunch on the Rocky album, it’s like us moving closer towards that.

[We’re] seeing how good it feels to have control over — not control necessarily but being a part of the project overall as opposed to just sending beats in where one lands on this album and one on that one. It’s more fun as well because you can create a whole different sound and create a certain direction of the album and do something different as opposed to throwing shit at the wall and seeing what sticks.

Read part one of DX’s interview with FnZ here.