Review: Denzel Curry's "TA13OO" Is The Equator Between Hype & Substance 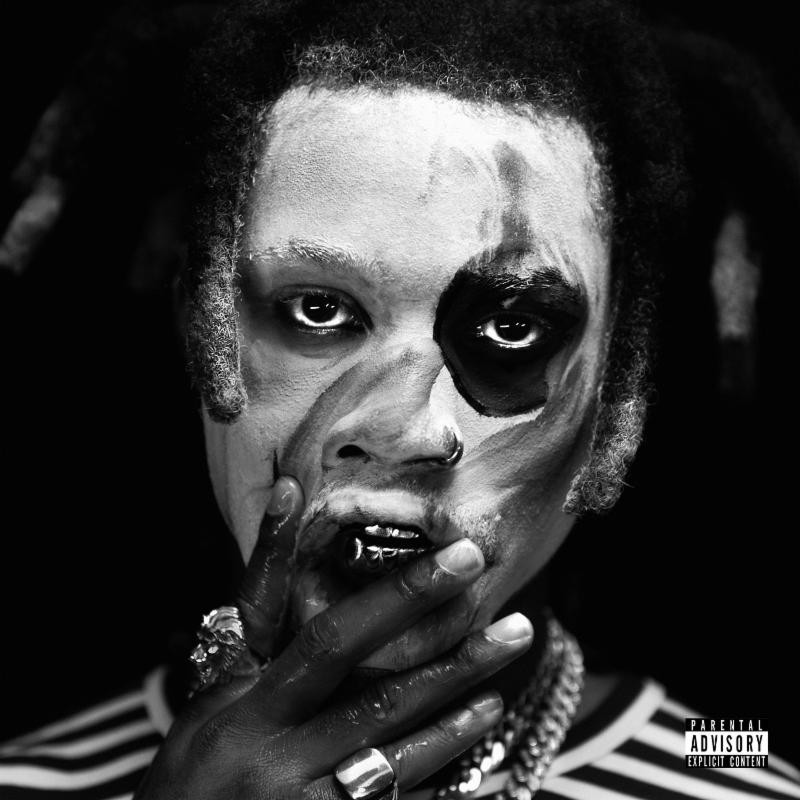 As a member of SpaceGhostPurrp’s RVIDXR KLVN, the skilled MC was at the forefront of Florida’s influential scene, which rose to prominence over the past few years via SoundCloud. While many of his successors are simply copying the Three 6 Mafia revival sound that worked so well for RVIDXR KLVN, Curry has expanded his profile with each new release.

From its opening chord, TA13OO distinguishes itself from the rest of Curry’s discography as his most diverse project yet. The title track utilizes a more soulful approach, a stark contrast to the battering ram-style that’s become his signature. Curry employs more melody, letting his lyrics breathe with a relaxed delivery. The choice works well, softening the blow as he evokes harsh imagery to reveal the connection made between two broken people.

Act I, which is comprised of the first four songs, is all about Curry stretching his musical wings.

Longtime collaborators Finatik N Zac play a major role in this development, crafting vibrant productions with the help of Mickey De Grand IV and DJ Swish. From the West Coast bounce of “Cash Maniac” to the modernized boom bap of “Black Balloons,” Curry dives headfirst into different sounds and succeeds in doing so.

While the Carol City native’s sound has expanded, his pen game has also reached a higher level. One of his most impressive displays comes on “Mad I Got It” when he switches up the perspective. As he spits from the POV of someone who doesn’t have “it” in the third verse, he imparts some incredible wordplay.

“Death knocking at my door, who could it be?/Life not sweet like suit with an E/Try to read me, would it be Stephen King/Big cheese only bring me Misery,” he raps.

Still, Curry doesn’t abandon what brought him to prominence. The distorted hooks and menacing beats that Three 6 Mafia pioneered over 20 years ago pop up on the JPEGMAFIA and ZillaKami-assisted “Vengeance.” The track harkens back to Curry’s early days of injecting new life into the dark Memphis formula, complete with horror movie references such as “I’m that nigga Freddy wouldn’t sleep on.”

Booming bass and rapid-fire rhymes remain in his playbook too, as heard on “Super Saiyan Superman” and the Ronny J-backed “Black Metal Terrorist.” But what separates Curry from others in this lane is the underlying substance.

Instead of generic turn-up bars, he unleashes no-holds-barred criticism. On “Percs,” he calls out biters (“Shang Tsung my swag/Broke it apart, ran with it”) before targeting his competition’s penchant for gimmicks (“Get it straight, I innovate, you ad-libs on an 808/Don’t need a tattoo on my face cause Denzel is a different race”).

Curry’s frustration goes beyond the music industry as well. The standout cut “Sirens” tackles politics, covering everything from Donald Trump being a Russian puppet to the oppression of black people in the U.S. While Curry’s bars are evocative and moving, guest J.I.D provides a contender for best verse of the year.

“Oh say can you see a hundred dead bodies in the street/By the dawn’s early light, double Sprite and an R.I.P. tee/So proudly, lights gleam, let the gun blow in the night time of the slum house,” the Dreamvillain raps over DJ Dahi’s snake-rattling instrumental.

TA13OO is a triumph for Curry, reaching new artistic heights to create the best work of his career. Those clamoring for balance in Hip Hop need look no further than this album.

Curry has constructed a project that plays to the sonic structures of the era without sacrificing meaningful content in doing so. TA13OO is the culmination of his promise and talent, resulting in Curry’s magnum opus.