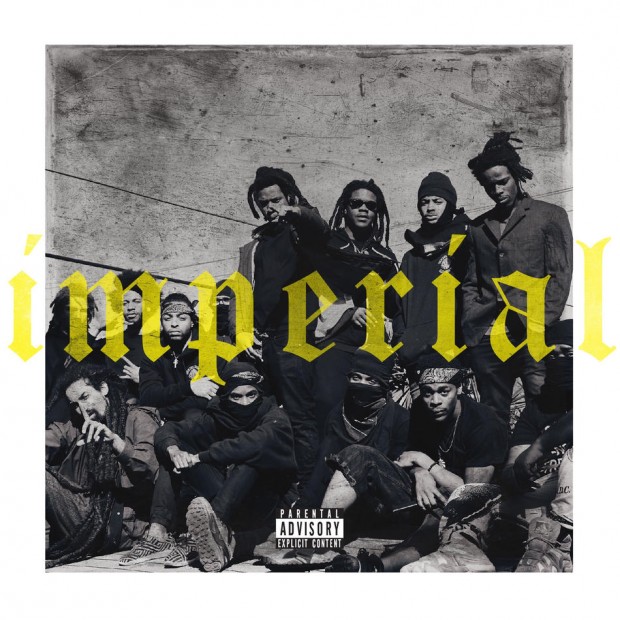 Denzel Curry is one of those rare cases when beefing with a former crew member didn’t ruin the anticipation for your album. The South Florida rapper was once part of the Raider Klan, but a friendly departure turned into a snippy back and forth on Twitter when his beef with leader SpaceGhostPurrp reignited around Yams Day in January. Diss tracks were exchanged, and both went their separate ways thinking they were the victor.

In the grand scheme of things, fans felt Curry shouldn’t squabble with Purrp and focus on his budding rap career, which he recently earned himself a few wins most notably having Allan Kingdom as a tour mate for ‘2055: The ULT Experience’ later this month. Curry has worked the underground circuit since his breakout tape Nostalgic 64, growing into a recognizable force in the Sunshine State and Imperial becomes his first real attempt at taking his regional fame to a national scale. Without question, it stands as his most complete project to date.

Curry has a history of embodying Purrp and Raider Klan’s lo-fi style, remixing ‘90s retro raps and the sounds of early Memphis (Three 6 Mafia, 8Ball & MJG) into his own identity. Clearly, he’s aware of his lane, favoring dark and ambient production for his pure lyricism with specific lines exuding confidence. Curry establishes it on opener “ULT,” where he spits “this is the rap of Aquarius, I am the black metal terrorist ain’t no comparison / Humanitarian, bitch I’m a veteran, better than anyone can comprehend.” On several listens, Curry wants you to understand that he’s not cut from the same cloth of other rappers. “Gook,” an offensive term to describe foreigners, is repeated multiple times on the second track as Curry shares past memories of skipping class and growing out his hair because he considers himself an outsider.“Jabbie told me we gon’ blow up like a land mine / I don’t fuck with purp, that’s the only reason Yams died,” he raps on the hook, seemingly a clever dig at SpaceGhostPurrp.

Curry also squeezes in a few collabs throughout the 10-track LP. Rick Ross puts on for Carol City with one of his better features this year, describing the type of street hustlers that run the town. Joey Bada$$ invites Curry into his world for “Zenith” where the two trade motivational verses of blissful living over production that could easily be heard on B4.Da.$$. Miami newcomers—Vares of the band Twelve’Len and Lofty305 of Metro Zu—are featured on “If Tomorrow’s Not Here” and “Flying Nimbus” that push Curry’s songwriting to add color to the grey canvas of the album. Ronnie J, who produced the majority of Imperial with FNZ, contributes to “This Life,” an open call for any woman (preferably someone who is compatible to his Zodiac sign Aquarius) to come save him from the nonsense life can bring.

As someone who has a reputation for his lyrical skills, there are moments when Curry sounds like he’s trying too hard to shock you. On “Story: No Title,” he claims his idols are rivals and expresses disgust over the rap game becoming a “beauty pageant.” He continues, “Fugazi ass rappers trying to sound like Atlanta ‘cause they got no identity.” He follows it later with some questionable bars—“Who says Jesus can’t be a black guy? Even Luke Skywalker’s father was on the dark side”—that makes you think he was stringing along rhymes with no direction. Next up is “Pure Enough,” an honest reflection of keeping it real with yourself during your climb to the top, it’s here he slides an awkward Drake jab, rapping, “I don’t need no Aubrey Graham just to make a hit/That’s just another view from my iPhone 6.” The line comes off as pretty random, even if there is a need to emphasize the stand for independence.

What Imperial does is make a statement for Curry as solo artist. He’s separated himself from Raider Klan and now he’s one of the buzzing talents in a region that’s finally getting its deserved recognition. See “If Tomorrow’s Not Here” where the decision to go solo is reaffirmed with lyrics like “Fuck a handout, I rather leave my hand solo / The smartest thing you ever did Curry was going solo.” Records like “Narcotic5” and “Flying Nimbus” prove that Curry can spruce up Purrp’s murkiest sounds and make them listenable for the mainstream. All he needs now is to tighten up the package.