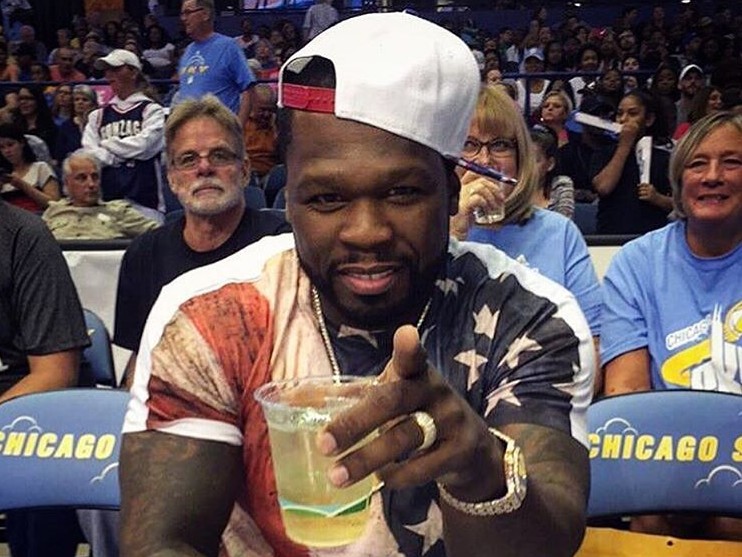 This week in Hip Hop, 50 Cent makes headlines again, this time, a beef with his own son. Elsewhere, Kid Cudi calls out Drake and Kanye West for being “fake” and of course both react to his accusations. Lastly, Lil Wayne gains a new ally in his quest to getting Birdman to pay him his coins.

50 Cent’s Son Claps Back At His Dad

50 Cent posted a clock counting down the moment to when he will no longer be obligated to pay child support for his son Marquis Jackson on Instagram and gives a slight jab to his son’s mother, Shaniqua Tompkins.

Marquis reacted with a comment under his post, “Don’t worry, I’ll make u proud! Just don’t forget to tell me happy birthday that day cause u missed a few.”

Tompkins got in on the action herself, reminding 50 that he once depended on her when he wasn’t so wealthy.

“I am the culture,” he says in a series of posts. “I keep silent because I dont ever wanna come off like some angry hater, but today, not only do I feel fantastic, Im feelin like taking over I already have My tweets apply to who they apply. Ye, Drake, whoever.”

Quickly reacting to Cudder’s claims, Kanye reminded Cudi that he “birthed him” and Drake made a corny joke out of O.T. Genasis’ popular song “Cut It.”

“Boy, you getting way too high, you need to Cud-it,” Drizzy rapped during an intermission at his Oakland’s Oracle Arena show.

Lil Wayne announced the ending of his Cash Money saga with a song entitled, “Grateful,” released on TIDAL this week.

In a long, drawn-out battle to become freed of Birdman’s claws, Wayne also gained a new ally with the infamous J. Prince, in his fight to get all money owed to him.

“Where [Wayne] is weak, I am strong,” Prince told TMZ. “He has gained an ally, and together we will get back all money owed to him and my son off the Drake albums.”

Don’t look to see Wayne doing business with Birdman anytime soon should they come to favorable terms in regards to the situation, he tells Skip Bayless on FS1’s “Undisputed.” He also addressed his retirement tweets that had all his fans in a frenzy including Kendrick Lamar.

“Nigga talking about retirement and shit, nigga, fuck that, nigga!” K. Dot said in a video.

Rest assured, Weezy says that he was only mad when he fired off the tweets and directs blame to him being a fed up Libra.

Ric Wilson speaks with DX exclusively about the influence behind his EP, Soul Bounce.

“Soul was supposed to be a very African-American thing and was like something that was created by the Black people having nothing and making something out of it,” he says. “Then bounce, just that feeling of that real feel-good vibes, almost happy. Usually, you’re bouncing, you’re happy. Happy feel-good vibes.”

Hugh Agustine also sat down with DX in an exclusive interview and details how he ended up getting placement on Isaiah Rashad’s debut album The Sun’s Tirade.

Augustine is featured alongside TDE’s Jay Rock on “Tity and Dolla” and says it happened “pretty randomly.”

“We had some mutual friends,” he says. “The homie that produces for me produces for Isaiah as well. We’ve been hanging out in the studio a few times, but never really worked on anything. We were just getting acquainted and everything. After hanging out a few times, I started playing my shit in the studio. We’d be in a session and if a board went quiet, I’d plug my phone into the AUX and start playing my new shit. My shit started bumpin’ and after a while, niggas would start listening to it like it’s tight. One day we’re hanging out and he’s telling his engineer that he had to drop a verse to this hot beat. He goes in, drops the verse and comes out asking me if I wanted to get on it. I’m like hell yeah. I went in and dropped it and that’s what came out.”

Chuck D and B-Real of Prophets of Rage took the time to speak with HipHopDX about anger and the upcoming election.

“It’s definitely a different kind of anger,” B-Real told DX. “I think his is more about hate. Ours is more about waking people up and caring about what’s going on enough to inspire the right people to gather and make some change — that’s the difference to me.”

“We’re musicians, so one thing that sets us apart from a lot of this is we go around the world on the regular,” Chuck explains. “We look at the world as a one ‘Earthizen’ type of thing. We fight for our human rights, and right now, there’s a campaign going on to limit our human rights.”