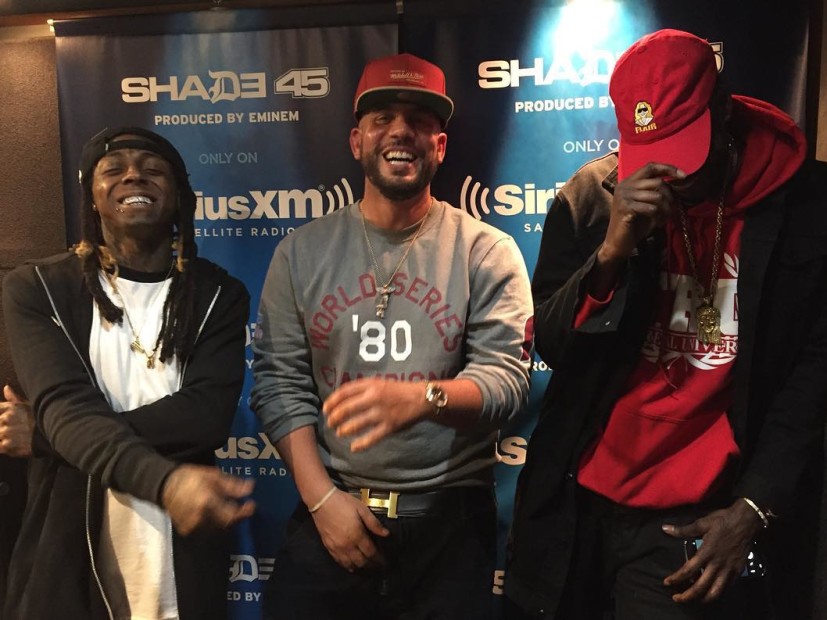 Lil Wayne has clarified the context of the tweets he made earlier this month that set off concerns from many of his fans and fellow rappers.

“This was a tweet off of an argument over what’s going on,” Weezy explained in an episode on FS1’s “Undisputed” (for which he also provided the intro song).

He stayed pretty vague about the specifics of what happened, and didn’t take the idea of retirement off the table completely, though he was clear that he has no desire to work with Birdman ever again.

“It’s business. I have family, I have kids, I have a mother. I have bills. It’s business,” he says. “Once the business is right then everything is right. I did feel that way and I didn’t take the tweet down because I still feel that way. Until something is done about it then maybe it’ll change.”

The New Orleans rapper says it was an argument that prompted him to fire off a worrisome tweet that read, “I am now defenseless and mentally defeated & I leave gracefully and thankful I luh my fanz but I’m dun.”

This had everyone from Drake to Kendrick Lamar to Young Thug, begging him to reconsider retiring from the rap game.

“The boss @liltunechi,” Drizzy wrote in an Instagram caption. “We are fighting until you get yours. Freedom to drop music and peace of mind. I don’t know what these other weirdos are on with all the side talks but I know you gave me a shot and all I can ever do with the rest of my life is return the favor.”

If you miss mixtape Lil Wayne, have no fear — he and DJ Drama are back working on Dedication 6.

“I’m working currently working on it as we speak,” Weezy F. Baby reveals in a newly published interview from August with Hypetrak. “I’m going to find some time to get with DJ Drama when it’s right and then give it to the world!”

Lil Wayne also released his new joint, “Grateful,” on TIDAL over the weekend, rapping about the not-so-surprising end to his Cash Money saga. The cut features Gudda Gudda with production from StreetRunner and Rugah Rah.