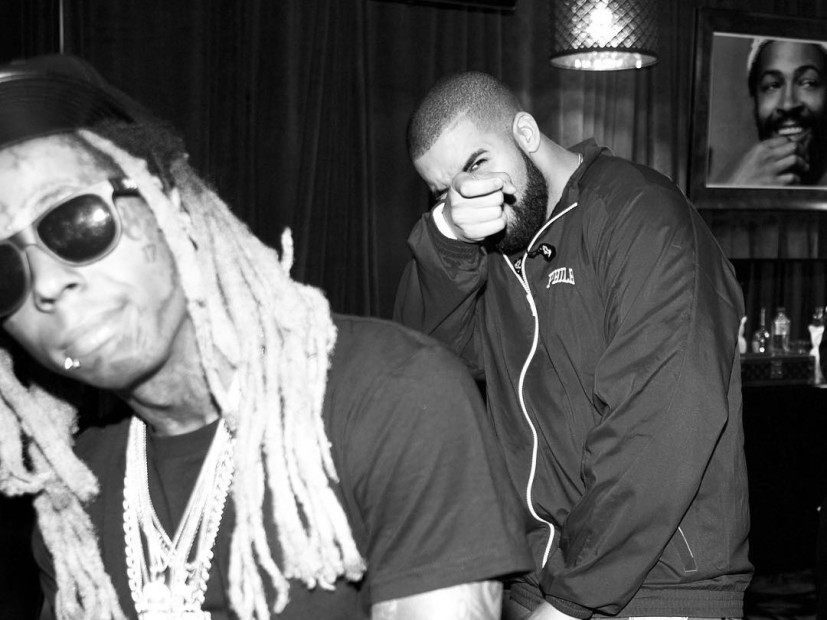 Drake might not have had problems releasing his VIEWS album through Cash Money Records, but he has chosen to support Lil Wayne in his battle against Birdman as his mentor seeks to release his own music.

Drizzy took to Instagram after Lil Wayne made a post on Twitter that caused the Internet to worry if Weezy F. Baby was retiring or even committing suicide. Drake expresses his gratitude for the New Orleans rapper’s support in his career and says he stands in solidarity with Wayne.

The boss @liltunechi. We are fighting until you get yours. Freedom to drop music and peace of mind. I don't know what these other weirdos are on with all the side talks but I know you gave me a shot and all I can ever do with the rest of my life is return the favor. YOUNG MONEY FOREVER

Lil Wayne has been beefing with Birdman since December 2014 when he said he wanted off Cash Money because the label was holding Tha Carter V. He has put his former father figure on blast publicly multiple times and has an ongoing $51 million lawsuit against him. During a concert in May, Wayne dropped another Birdman diss and said he has two albums ready for release.

Drake signed to Wayne’s Young Money Entertainment in 2009. He has been the subject of another legal battle when Jas Prince demanded royalties from Cash Money for his work to bring the Toronto rapper to Birdman. The two parties settled after a drawn out process where Prince was demanding $11 milion.

Rich Homie Quan also took to Instagram to pen a heartfelt note to Lil Wayne, explaining how Weezy inspired him to rap. He also references his own victory against T.I.G. when he reached a settlement to get his freedom from the label as reason for Wayne to have hope in his battle against Cash Money.

It is with great remorse that I find myself writing this. I want to take this time out to give my undying support to @liltunechi. I know the exact feeling that you are feeling because I have been in that same predicament. You are my idol and your music inspired me to be a entertainer. I just settled my lawsuit with my former label.I know it can be depressing at times but just know the same God that pulled me thru can and will do the same for you. I support you 1000% . Last but not least Thank You for being you all of these years because thru you I was able to find myself. #greatestofalltime

Chance The Rapper encouraged Tunechi to be strong amidst his troubles.

Dear @LilTunechi I just wanna remind you that absolutely nothing and no one in this world can defeat you. Tell them devils back back.

Rick Ross responded to a fan’s suggestion that he should buy out Weezy’s Cash Money contract and make him the newest member of Maybach Music Group.

get Birdman on the phone. https://t.co/pYr0WIeaYY