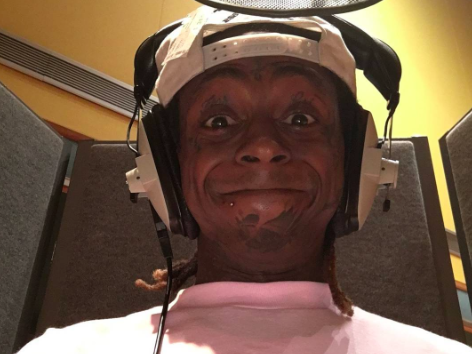 Tunechi filed a 21-page lawsuit against his label January of last year for withholding millions of dollars from him in relation to Tha Carter V release ($8 million in advance and another $2 million upon completion). Lil Wayne claims he’s seen none of the money that he’s contractually owed.

Sources tell TMZ that talks fell out within the past month, with the topic of discussion being centered around the release of Tha Carter V which apparently went no where. The the 33-year-old Young Money boss has now terminated all talks with Cash Money.

Before filing the lawsuit in early 2015, Wayne blasted the record company on Twitter for the album’s delay a month prior.

“I want off this label and nothing to do with these people but unfortunately it ain’t that easy,” Lil Wayne said. “I am a prisoner and so is my creativity   Again,I am truly sorry and I don’t blame ya if ya fed up with waiting 4 me & this album. But thk u.”

Since then, rumors have swirled of Drake, Nicki Minaj and Lil Wayne leaving Cash Money for mismanagement. Birdman went on record saying the three of them aren’t going anywhere.

When it looked like a resolution was nigh, Weezy F. Baby was photographed with Baby’s arch-nemesis’ Trick Daddy and Rick Ross in April, at Beyonce’s Formation World Tour stop in Miami. TMZ’s source reveals that is when talks allegedly broke down.

The two Miami rappers publicly denounced Birdman’s actions towards Lil Wayne on separate occasions during their interviews on Power 105.1’s The Breakfast Club. Those discussions didn’t sit too well with Birdman prompting him to confront Charlamagne Tha God on air for “playing” with his name and demanded that he put some “respek” on it. Rick Ross sent Charlamange a few Belair black bottles after the heated exchange went viral.

Furthermore, Lil Wayne made his feelings crystal clear this past weekend during his performance at The Denver Annual 420 Rally, shouting out, “fuck Cash Money” on stage.

In March, Mannie Fresh gave some insight into Lil Wayne and Birdman’s progression towards reconciliation, or lack thereof, revealing that the pair had yet to make up.

Tha Carter V has yet to receive a release date. Young Thug however, has his own plans of releasing a mixtape with the same title if it doesn’t drop soon.