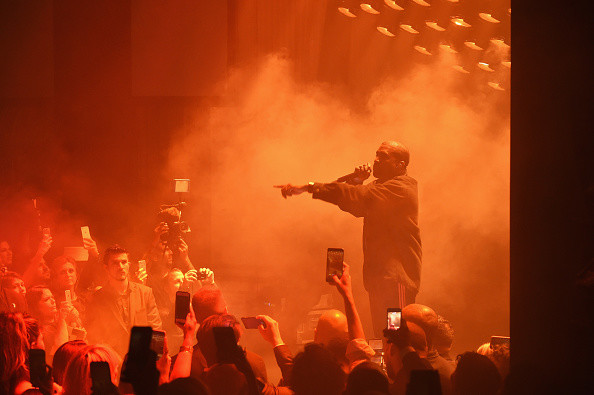 Kanye West To Kid Cudi: "I BIRTHED YOU"

Kanye West may not have a phone right now but apparently, there aren’t any issues for him to get wind of some hot tweets. Especially when they come from a (disgruntled?) former employee of his.

On Wednesday afternoon, Kid Cudi broke out the whipping stick on Twitter and not only libeled the threads off of Kanye’s Yeezy Boosts, he dragged Drake into the rant as well.

“I keep silent because I dont ever wanna come off like some angry hater, but today, not only do I feel fantastic, Im feelin like taking over I already have My tweets apply to who they apply,” the ex-GOOO Music star wrote before naming names, “Ye, Drake, whoever. These niggas dont give a fuck about me. And they aint fuckin with me. Niggas keep you close when they see how powerful you are by yourself. When they see your greatness. Out of fear.”

Kanye wasted no time offering up a rebuttal at his Tampa show for the Saint Pablo Tour as he pumped the brakes on the performance of his fiery “I Don’t Like (Remix)” verse to call things how he saw them.

“Kid Cudi, don’t never mention Ye name,” he bellowed, much to the surprise of the Amalie Arena crowd as he proceeded to speak for several of the Cleveland native’s longtime collaborators.

“I birthed you!” he continued. “We all dealing with that emo shit all the time. Me, [Plain] Pat, Don C. Don’t never mention Ye name! You mad because I’m doing songs with Drake? Can’t nobody tell Ye who to do songs with! Respect … the god!”

He then went on to express how being signed to Good Music was a privilege — one that wasn’t valued from the creator of “Day ‘n Nite.” Yeezy also compared the attacks to the end of Spike Lee’s Malcolm X biopic where the Civil Rights leader was slain by his own kind.

“I’m so hurt. I feel so disrespected. Kid Cudi, we two black men in a racist world. I wore skinny jeans first. I got called names before you, bruh,” he cried.

If Kanye was caught off guard by the Twitter swipe, he’d probably have a good reason outside the unpredictable “emo shit.” Cudi is featured on Ye’s February 2016 album, The Life of Pablo on one of the more popular cuts, the club starting “Father, Stretch My Hands Pt. 1.”

In the immortal words of a Mr. Omar Little, “Come at the king, you best not miss.”

Watch Kanye’s Kid Cudi responses down below. It’s a safe bet to say, this isn’t over.

#kanyewest want done… At his Tampa show .. He went in on #kidcudi fr fr ?