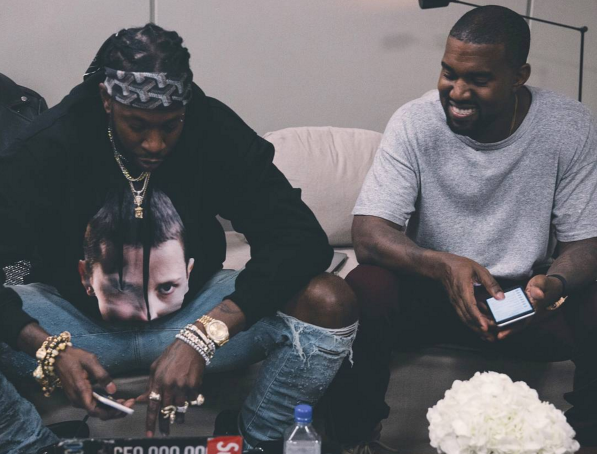 Tampa, FL – Those individuals who communicate with Kanye West on the daily are in for an uphill battle.

“I got rid of my phone so I can have air to create,” West tweeted earlier this morning (September 13), a day after he was spotted with his celly backstage at Philips Arena in Atlanta with 2 Chainz, Metro Boomin, Jermaine Dupri and Cap 1.

As an avid tweeter, it can be assumed that Yeezy will keep the Macbook handy to let off his 140-character public service announcements out for the time being. This isn’t the first time Kanye has openly admitted that his phone was a distraction. Longtime fans will remember his now infamous blog, KanyeUniverseCity.com, where he revealed that he was traveling the globe without any worry of getting a phone call, as he was completely wireless, including the device in its entirety.

While it remains to see what the absent cell phone will add to West’s discography, the company he keeps appears to be ideal for “creative air.” Take a look at 2 Chainz’s latest encounter with Kanye down below.

For your information, Andre 3000 was there too.

New music on the way

Can you imagine what we are talking about