Kanye West - The Life Of Pablo 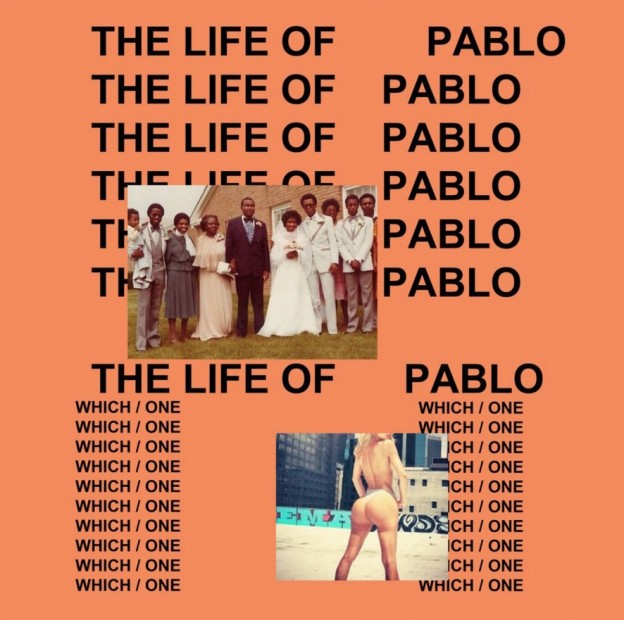 Of course Kanye West would conclude The Life Of Pablo with “Fade,” a three minute and 14 second ode to dwindling love that moves more like a Ty Dolla $ign and Post Malone collaboration than a Yeezy solo offering. Since snatching the microphone from Taylor Swift during the VMAs, the Chicago icon’s likeability has been tested, if not completely evaporated. His marriage to a reality show princess; his haphazard Twitter “beef” with Wiz Khalifa; his billion dollar rants and constant mean mug, et al, have made the Michelangelo of Relatable Raps seem totally unrelatable. “Fade” is an ironic ending to an album that’s largely about one polarizing topic: The Greatness of Kanye West.

Ye described TLOP as a “gospel album with a whole lot of cursing” on Real 92.3’s Big Boy In The Morning. Maybe that’s the case. “Ultralight Beam,” with its angelic choirs, absolutely has a home on The Word Network. “This is a God dream / This is everything,” Kanye croons before passing the pulpit to Kelly Price, The-Dream, Kirk Franklin, Chance The Rapper. “Low Lights” features an unnamed vocalist’s testimony on the Lord’s grace. Several tracks have gospel-like leanings. But as soon as Kanye starts rhyming, his topic of choice: The perils of fucking models with bleached assholes (“Father Stretch My Hands Pt. 1” featuring Kid Cudi).

On the whip-ready “Famous,” Ye shouts out all of the “girls that got dick from Kanye West” that are “mad they ain’t famous.” On the haunting “Freestyle 4” (featuring Desiigner) Ye asks rhetorically “What if we just fucked at the Vogue party?… Would everybody start fuckin’?” On “Wolves,” even Mary and Joseph meet in the club. Perhaps levity is the intent. But much like his Yeezy signature clothing line, there’s nothing joyful about it. Aside from the aptly titled “I Love Kanye,” The Life Of Pablo sounds packed with pain.

TLOP is exceptionally assembled, fortunately. Odd mashups like Young Thug and El Debarge on “Highlights” resonate like the first time Freeway and Mos Def were heard on the same track—unexpected and awesome. The Weeknd makes an appearance on the incredibly introspective “FML.” Chris Brown carries “Waves” which includes a brief salute from Theophilus London. The list of features and producers seems endless, yet pristinely managed. Most of the minutes are dominated by other voices. Pablo could easily be confused for a collaborative album. It’s as if Ye said, “OK, ya’ll tired of hearing me rant? Well listen to how dope the rest of your favorite artists sound when Kanye is conducting.”

Moments like “Pt. 2” where Yeezy reflects on his parents divorce, his mother’s passing, his near fatal car crash over Rick Rubin, Mike Dean, and Metro Boomin’s bouncing madness linger long after last listen. The conversation is rich enough to forget Desiigner’s off-brand Future flow. It’s difficult not to reminisce about road trips gone wrong when rocking the impeccable “30 Hours.” Instances like these recall the relatability, the humanness that Kanye The God has always captured on wax.

Here’s the rub: At one point, Kanye West was one of few voices who would earnestly toss himself into rarely charted lyrical waters without fear of sacrificing commercial appeal. Topics like self-consciousness, social injustice, religion, the CCA, crack music, cousins with cockroaches, conflict diamonds, classism, working at the Gap littered his contextual playground. He was always innovative. While sonically magnanimous, here, the Louis Vuitton Don has little left to flex than fame, bonin’, and flaccid Fruit Of Islam one-liners. If The Life Of Pablo is the “album of the life” as Kanye tweeted, sadly, it signals a surprisingly narrow existence.