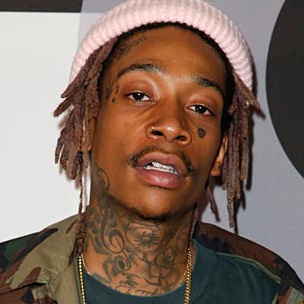 Wiz Khalifa says “everything is all good” between himself and Kanye West.

As quickly as the feud between rappers Kanye West and Wiz Khalifa began, it appears that the feud has found an official end.

During a radio interview with Bootleg Kev, Wiz confirmed that he did speak with Kanye on the phone, and added that “everything’s cool” between the pair.

The Pittsburgh lyricist also commented on a photo of Amber Rose and Kim Kardashian, a photo both women uploaded to their social media accounts this week. He didn’t shed any added details on the photo, but did reveal that Rose and Kardashian are also on good terms.

“Yeah, her and Kim are cool,” Wiz Khalifa said. “They talked actually on the phone. And me and ‘Ye actually talked. And everything’s cool. So, it’s all straight. We’ve been cool for a really long time…So, at the end of the day, me saying that everything is all good, it shouldn’t be surprise.”

Although Wiz is currently separated from wife Amber Rose, he says he still loves her and will always have her back.

“I love Amber. I’m always gon’ love her. And I got her back. She got mine. And that’s what it all boils down to and that’s it,” the rapper said.

During a rant on Twitter last week, Kanye called out Wiz and Rose over what he perceived as a comment about his wife. At one point in his rant, the rapper mentioned Wiz and Rose’s toddler son, Sebastian.

An audio clip of Wiz Khalifa speaking on ending his feud with Kanye West, can be found below.