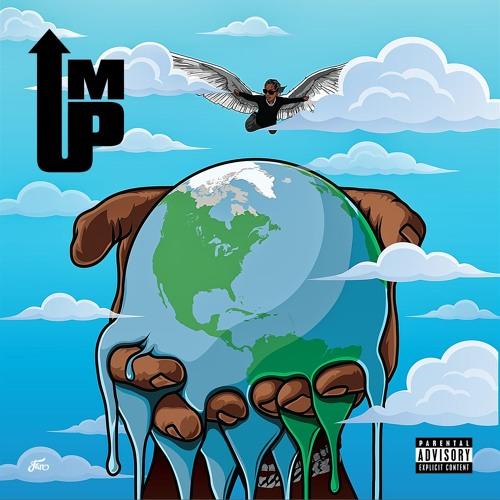 No weapon, word or subtweet has managed to prosper against Young Thug. Whether he is being labeled gay or straight, a troll or an unassuming genius, his popularity continues to grow just like his discography on the heels of his latest mixtape, I’m Up. The release (adjusted from the previously announced Slime Season 3) follows a jab at Future’s excessive string of releases (an oxymoronic truth if splitting hairs is permissible; I’m Up is Thug’s fourteenth full-length project) and suits all attention spans’ best interest with a lean nine-song tracklisting.

As a master of melody, Thug presents his borderline inaudible goodness with themes of gratitude for a portion of the album. There’s the flavorful “My People,” which serves as a call-to-arms for all who associate with the Slime movement that already ranks amongst his best material. Frequent collaborator Wheezy also serves up a groovy atmospheric composition on “For My Boys” as Thug doubles down on the aforementioned song’s sentiment with help from Lil Durk, Trouble and Ralo. (“Light him up like he Grismas [Christmas] if he play with my boys,” Thug squeals on the song’s chorus with his trademarked yelp.) The message carries over to “King TROUP,” a somber eulogy to his running mate Keith Troup (seen on the album cover sporting angelic wings), who was fatally shot in Georgia right before the turn of 2016.

Metro Boomin’s arrival on the wacky “Hercules” is a welcomed tradition yet I’m Up hits its apex on the second Durk feature, “Ridin’,” which is a bass-heavy, adrenaline rush of a record that both eschews the nonviolent ethos outlined on the project and stands as a worthwhile single for both rapper’s catalogs.

Staying on topic is Young Thug’s weakness (the salutations on the alleged Boosie tribute “F Cancer” is relegated to the song’s first two seconds before the specifications of “lil mama’s pussy” dominate the rest of the record) but fine-combing the zany spitter’s lyrics totally misses the uniqueness he brings to Hip Hop. Although it is still to be determined if Thugger can step it up a couple of notches for an album that will be touted as an official release, I’m Up doesn’t offer up any reason to doubt him.