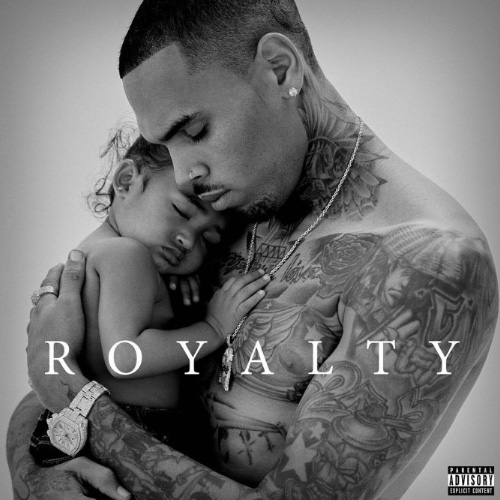 On Chris Brown’s seventh studio album Royalty, we find our R&B protagonist extolling the virtues of a life defined by a desire to “drink and fuck” at the club, yet also wanting to be the best father possible for his newborn daughter in whose honor the release is named. Six years removed from one of the most harrowing and redefining moments of his career and life, Tappahannock, VA native Brown appears caught squarely in the midst of a “Peter Pan” vortex. At the young age of 26, Brown’s lived a life that makes him seem twice as old as he actually is. However, while living this lifestyle that demands one to appear forever young, he’s now facing grown up responsibilities, too. On Royalty, we get a mixed bag of sounds and vibes that reflect where Brown is as a man and artist. Though all individual performances are solid, the album lacks a cohesive direction and ultimately underwhelms.

Production on this album is where this release provides all of the head-scratching moments. There’s three schools of thought on this album that create a cohesive whole when contemplating the life of Chris Brown, but for an album listener creates a disjointed aural experience.

Tracks stolen straight out of the ‘80s playbook of ex-Chic guitarist Nile Rodgers, New Jack Swing innovator Teddy Riley and g-funk pioneer Charlie Wilson dominate Royalty. Boi-1da’s album opener “Back To Sleep” owes tremendous credit to Riley’s sparse, kicks and synths-based production for 1987 Keith Sweat hit “Make It Last Forever.” Sweat’s influence continues on lovelorn pleader “Who’s Gonna (NOBODY),” which features a hook taken from Sweat’s eponymous 1996 hit single. As well, “Zero” and “No Filter” pack in all of the aforementioned Rodgers’ chugging grooves from Chic’s “Good Times,” David Bowie’s “Let’s Dance” and Daft Punk’s “Get Lucky” into one production. By the time we get to “Picture Me Rollin’”’s 2Pac-aping lyrical content as well as producer Dr3amforever grabbing Uncle Charlie’s gangsta-fied vibe and blending it in, too.

As has become par for the course for Brown, there’s the presence of electrified EDM and turnt-up trap-aimed club fare, too. “Fine By Me” has a charging electric lead guitar, The Monsters and The Strangerz’s deep-set groove feeling akin to Galantis’ dance hit “Peanut Butter Jelly” and thus making it a populist floor filler. Brown saying “use me baby, any way you want” is pop-lite sex talk, too, which given the song’s ideal audience works.

In studying Brown as a vocalist, the trappier productions offer the best places to appreciate Brown’s exemplary vocal instrument as well as shaking our collective heads at his mind-bending lyrical proclamations. As was already mentioned, already-released single “Liquor” finds Brown cooing that he wants to “drink and fuck” over Cali The Producer’s swirling 808s. On album closer “Little More (Royalty),” he’s bold enough to say “even though I’m a man, girl, you’re making me feel like a baby, when you lay in my arms, I’ll take advantage of the moment.” In a song that name drops his infant daughter, Brown’s also discussing passionate lovemaking. While yes, in 1976 Stevie Wonder included what appeared to be the birth of his daughter Aisha on “Isn’t She Lovely.” However, “isn’t she lovely, made from love” isn’t the same as independently discussing making love and your newborn child on the same record. It’s a creepy stretch and actually does Brown no favors whatsoever.

In just over an hour, Chris Brown successfully showcases his life at the crossroads of staying forever young in the club or maturing into an adult who can be counted on to be a solid contributor to the growth of society. Still not quite ready to reduce the ratchet-mania and accept the responsibilities of being a father and more socially acceptable young man, the album misses more than it hits. When it closes by leaving the worst of images in listener’s heads and tastes in their mouths, it feels expected in the worst way. While showing progression here, Chris Brown still is quite far from being the best man and artist that he can be.

On Royalty, Chris Brown shows what happens when Peter Pan tries to grow up, but loves turning up in the club even more.