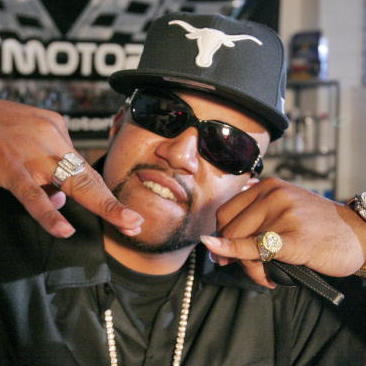 It’s officially December, which means Christmas and New Years are just right around the corner. Before heading into 2016, there’s still a final stretch of fourth quarter albums set to release this month. Among projects from artists like Rick Ross, Pusha T, Curren$y, Kid Cudi and Fabolous, fans will be treated to a new posthumous album by Pimp C. Since 2011’s Still Pimping, released through Rap-A-Lot Records, it has been awhile since Rap heads heard another solo work from the late, legendary rapper. Four years later, Long Live The Pimp has arrived on Dec. 4, spearheaded by co-executive producers Mr. Lee and his wife Chinara Butler, Pimp C’s daughter Christian Butler and longtime collaborator Juicy J.

“I want it to be monumental,” Butler says of her expectations for the album. “I think the project can definitely stand on its own with the artists and the music behind it. It’s great music and good music cannot be denied. So I think they’re gonna understand where Chad wanted to go and still get some of the old Chad with some new Chad.”

Long Live The Pimp is the first release under Mass Appeal Records and the first time Rap-A-Lot doesn’t have any involvement in a Pimp C solo album. It gathers many of Pimp C’s former collaborators and pairs them with contemporary names like Ty Dolla $ign and A$AP Rocky. The album includes stand-alone tracks from Pimp C, giving unfamiliar listeners a taste of his raunchy style delivered in his signature twang. For more of his laid-back swagger, he sings in his smooth falsetto on standouts “To Lose a Whore” and “Butta Cookie.” Overall, Long Live The Pimp is going to educate the masses on a multi-faceted talent that was gone too soon.

Before Pimp C’s death caused by an overdose of cough syrup and a pre-existing sleep apnea condition on December 4, 2007, he was best known as one-half of UGK along with his rhyming partner Bun B. As a group, the Port Arthur, TX natives influenced Southern rap and paved the way for Webbie, Boosie Badazz, Chamillionaire, T.I., Big K.R.I.T. and more to establish themselves with the essence of “Trill” in their music. While UGK’s albums left their mark in the South, Pimp C’s solo discography doesn’t get enough attention. With four solo releases (Sweet James Jones Stories, Pimpalation, The Naked Soul of Sweet Jones, Still Pimping) that often included a wide range of Southern rappers and new artists featured, they all contributed to maintaining his relevance and keeping his name alive in rap.

Even with such a discography, Chinara Butler believes that her husband never had the opportunity to properly put out an album he would have wanted. Due to a spiral of legal troubles, namely an aggravated assault charge that sent him to jail from 2002 until the end of 2005, Pimp C’s solo career was often in the hands of others while he was away. During the height of the “Free Pimp C” campaign sparked by the Hip Hop community, Rap-A-Lot released Sweet James Jones Stories to keep his buzz up, but it was more of a collection of unreleased freestyles than a substantial body of work.

“To be honest, Chad really never did a solo yet fully. A lot of those things, [Rap-A-Lot] actually put together, some of those things he was like incarcerated,” she says. “I can say [that] Chad never had the full opportunity to do a solo project that he felt was a solo project. Other things were more like obligations.”

UGK were signed to Jive Records in 1992 and agreed to a five-album contract deal. However, Bun B and Pimp C had a strong business relationship and a historic friendship with Houston rap executive James Prince and Rap-A-Lot. The label was responsible for all their solo albums, even if they weren’t directly signed. For Bun, it allowed him to fulfill his creative urges outside of UGK and put out his Trill album series. But after Pimp C’s death, the label situation changed into a joint venture with Butler once she became the administrator of his estate.

In the past, Butler and Rap-A-Lot have had a highly publicized lawsuit over the rights of putting out unreleased Pimp C music that resulted in a cease-and-desist letter regarding his name and likeness. Butler claimed she never received any money from his posthumous releases at the time. Things got ugly. To this day, their relationship remains at a distance.

Butler has said in a previous interview with AllHipHop that she didn’t like when others tried to do something different with Pimp C’s sound if he didn’t do it himself. Aside from Pimpalation, which was released when he was free from jail on December 30, 2005 and went Gold, every posthumous project under Rap-A-Lot felt like they were throwing a bunch of tracks together, either with the approval of Butler or not. Save for a few solid songs, The Naked Soul of Sweet Jones and Still Pimping just weren’t up to par. For the fans, it can be bothersome to see their favorite rapper’s career get mistreated with lackluster albums featuring rare material that sound like cop-outs to earn some cash.

After years of shaky starts, Long Live The Pimp is a step in the right direction for Pimp C’s legacy. Butler promises this won’t be his final album either.

“I had a great team with Mr. Lee, Juicy, and everybody else that contributed to this project,” Butler says. “I felt like I had a better control on how I wanted [it] to sound instead of everybody else. You can ask the label. I fought everybody to make sure that certain things sound the way it sounds. That mattered to me.”

Mr. Lee adds the album “preserves” and “reinvents” Pimp C’s sound to what he believes was his vision. “He was a friend to me,” Mr. Lee says of Pimp C, who has known him since 1995. “We would talk about music all the time so it was easy for me to progress the music where I thought he would be today.”

In order for Pimp C’s name to stay relevant, it has to resonate with a younger generation of Rap fans. UGK and Pimp C fans are already diehard, described by Butler as “loyal ‘till after death,” so Long Live The Pimp will inspire them to experience once again how true a pioneer he was, often light years ahead of the competition.