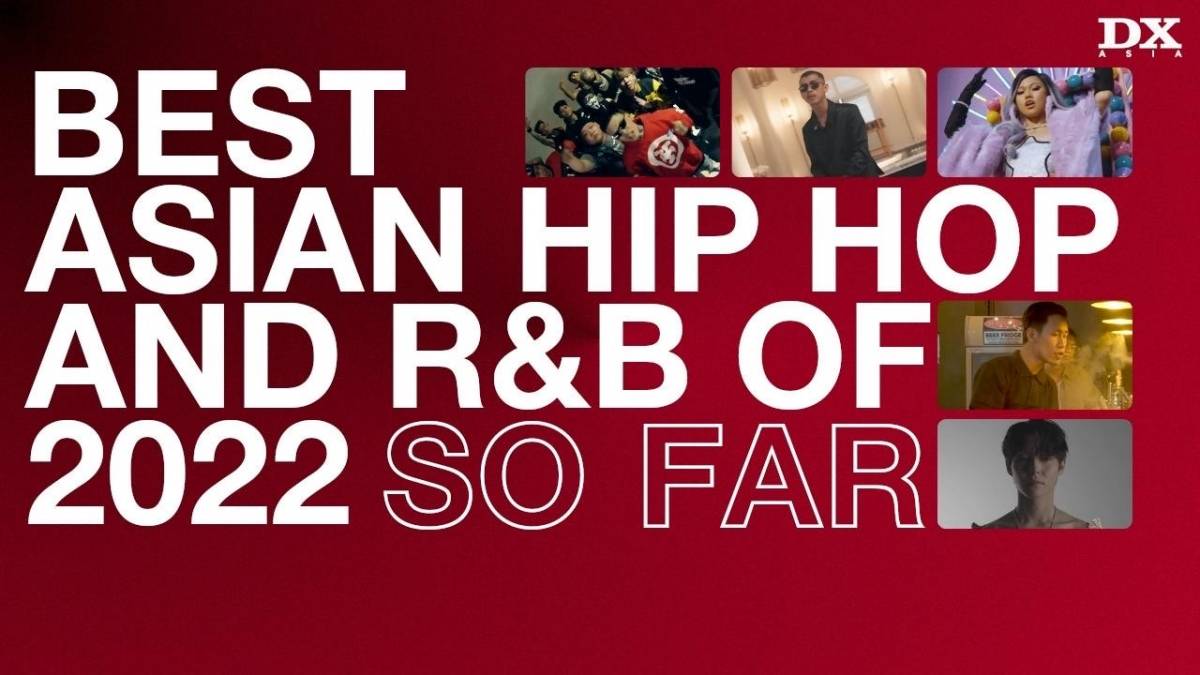 We are already halfway through 2022 and artists have dropped several new music that leaves us anticipating for more in their upcoming releases and projects towards the rest of the year.

HipHopDX Asia wrapped up Pride Month with a primer on songs of empowerment, acceptance, and allyship with the LGBTQ+ community from hip hop and R&B artists in Asia and the diaspora.

Also last month, we spoke with Morobeats honcho, DJ Medmessiah, about the independent label’s prolific streak, which has since earned praise, including their timely string of releases during the Philippines’ elections in May.

More recently, we spoke with some of the rising practitioners of the drill scene in the Philippines, which, similar to Morobeats, has been gaining ground among smaller—but incredibly staunch and vibrant—communities.

We also heard new and notable music from the region’s top hip hop acts, Joe Flizzow (Malaysia), Thaitanium(Thailand), Rich Brian (Indonesia), and VannDa (Cambodia), to name a few. Read on for this month’s best music—and the year’s, so far.

Check out more best music from this year:

As part of her birthday celebration, Filipino-Australian R&B singer Jess Connelly released her latest single “Better” last June 15, her latest collaboration with producer LUSTBASS. The sensual lyrics of the song, accompanied by lo-fi beats and a piano track, talk about the thrill of being with a lover.

Earlier this year, she wiped her Instagram content fresh and generated a lot of buzz when she started posting teasers about “Better”. Fans have yet to see if the song, along with her 2021 singles “Risk” and “Over You”, will be part of a new album.

Thai rapper and activist Nutthapong Srimuong, popularly known as Liberate P or “Liberate The People,” released the song “ฝากเพลง ‘ไม่เหมือนตอนที่รักกัน’ (Fade & Gone)” in early June. The track was Liberate P’s first solo love song and was written for his lover who recently became his ex-girlfriend.

Liberate P said that he enlisted his partner to star in the music video. “Fade & Gone” had a steady, sensual beat accompanied by sultry and sentimental visuals whose combination highlights the bittersweet theme of the song.

Filipino Morobeats artist PALOS released his new song “Bisita” (Visitor) featuring DJ Medmessiah last June 15. On one hand, the song gives importance to hard work. On the other, it emphasizes the importance of upholding respect for a culture that is being challenged by outside forces.

The song further speaks about upholding a good standard against norms with the line “Kung ang pamantayan sa pagkilala ay mga over-basura, ako ang babali sa karaniwan, tara bawiin natin ang kultura.” (If the standard for recognition is trash, I will bend the norm, let’s take back our culture).

Chester Lalinjaman Romo, popularly known as Filipino rapper CLR, released his new song “Himagsikan” (Revolution) featuring Yoh and Awi Columna last June 12, on the same day as the celebration of Philippine Independence. The music video showed historical landmarks in the Philippines where various revolutions took place. The song, which was used as the official soundtrack of Go Philippines Esports Dota 2 League “Himagsikan 2022,” spoke about the power of revolution and served as an ode to national heroes who fought for freedom.

Known for his hit single “Ba’t Ngayon” in 2018, as well as his various collaborations with other top Pinoy rappers, CLR is known for his lyrical rap whose lyrics speak for itself. He candidly spoke about initially being disregarded in the industry and making a name for himself on his own.

In an interview, he mentioned that “Side Effects” is the reason for the EP’s title. He said, “I had this idea about moths and butterflies, which are both in the song lyrics here. People have such different opinions about the two. One lives in the daytime, one is nocturnal. I really wanted to get into and expand the idea that the moth is as beautiful when the light shines on them, and that’s where the whole theme came from.”

In further describing the EP, he says that Moth “symbolizes the transformation, change, rebirth, and power of regeneration” and that it “takes the path of the unpopular, the unchosen, the not-so-beautiful ones and takes the listener into a world where the butterflies and moths can be seen side by side.”

On “How’s It Taste?” VannDa steps away from his iconic trap music to engage a more emotional sound for the track, which talks about how he struggles from being heartbroken after his lover cheats on him and leaves. The track follows the release of “Bok Kalo” in March, and the double release of “Life is a Game” and “Parenthesis” last May. SKULL 2 is a two-part album that consists of fifteen tracks, the latter half of which is set to release in the latter part of 2022.

Last June 18, 20-year-old Filipina rapper Zae released “Brat$ Doll,” produced by Mark Beats. The song echoes Filipina empowerment with the lyrics, “She living the dream and she know that she doing it right / she know that she it, siya’y isang kalidad na Pinay (she’s a quality Filipina)”. She also gives a nod to South Korean rapper CL and the 2NE1 song “I am the Best” with her lyrics, “You a mess while I’m fresh like CL I’m the best.”

The young singer has also made songs for her different advocacies such as feminism and empowerment. In an interview, she says that “I hope that one day rap music will not be entirely about women being sexual objects, women being accessories, more bitches. Women got shit to do and space to take.”

From producing content about race cars, sneakers, and traveling, Vietnam’s Andy Vu ventured into the hip hop scene with his very first song “Welcome To Saigon” featuring Phaos and Big T. The music video, which premiered last June 8, showed the artists rapping about underground life in the city of Saigon. The banging beats complemented by catchy lyrics and an old-school vibe produced a strong start to new music worth looking forward to.

Header image: All artist images are sourced from their official YouTube channels