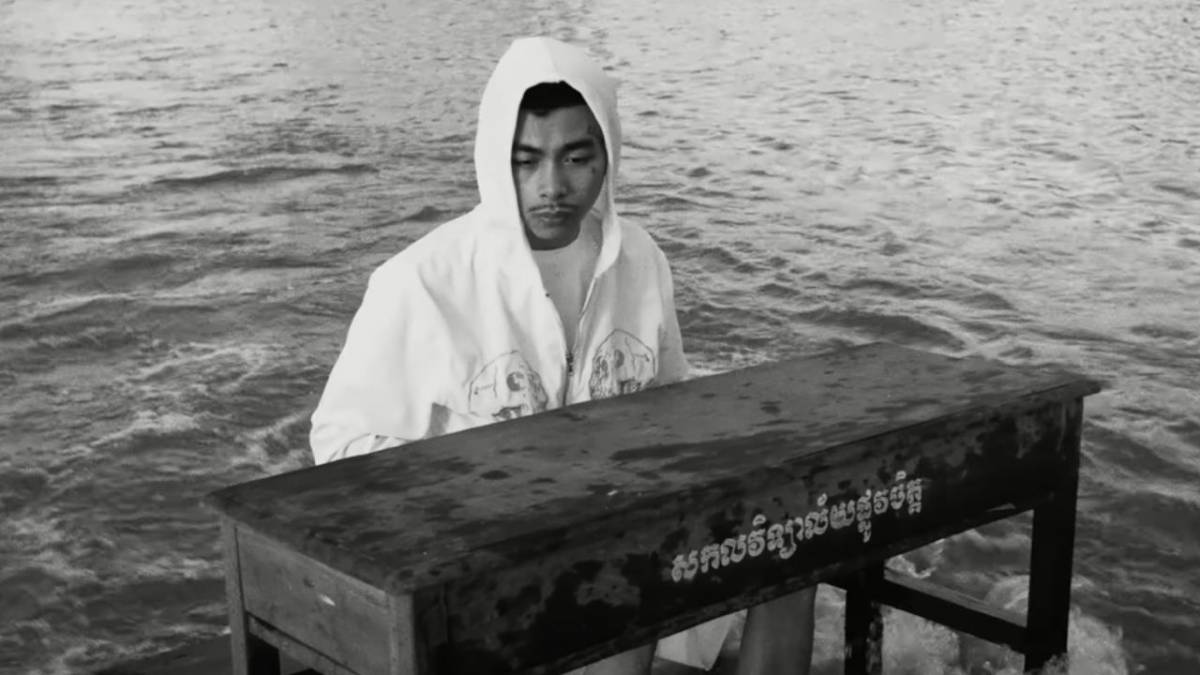 Directed by frequent collaborator Jeremiah Overman and featuring a newly written verse from the Cambodian artist, VannDa depicts the realities of mental health issues. The black-and-white short film features VannDa, first in a dilapidated building singing in front of a broken mirror and then next, rapping the poignant verse sitting next to a piano knee-deep in water: “យើងជាទាសករ បានត្រឹមតែឆ្លើយ Okay / ពេលដែលហ៊ានប្រកែក He gon’ waste your day / ខ្លាំងជាងបិសាច ខ្លាំងជាងអសុរកាយ / យើងជាអ្នកបម្រើ ខួរក្បាលវិញជាចៅហ្វាយ”  (We slaves can only answer ‘okay’ / When you dare to argue he gon’ ‘waste your day / Stronger than a monster, stronger than a monster / We are brain masters, masters).

The two-minute short film follows the release of the Cambodian artist’ sophomore album SKULL 2 (Season 1), which premiered on July 1. Prior to the highly anticipated record’s release, VannDa has shared “Bok Kalo,” “How’s It Taste,” “Parenthesis,” “Life Is A Game,” and the smash cross-country collaboration, “Run The Town” alongside Thailand’s F.HERO, featuring 1MILL and Sprite.

Watch the short film below: